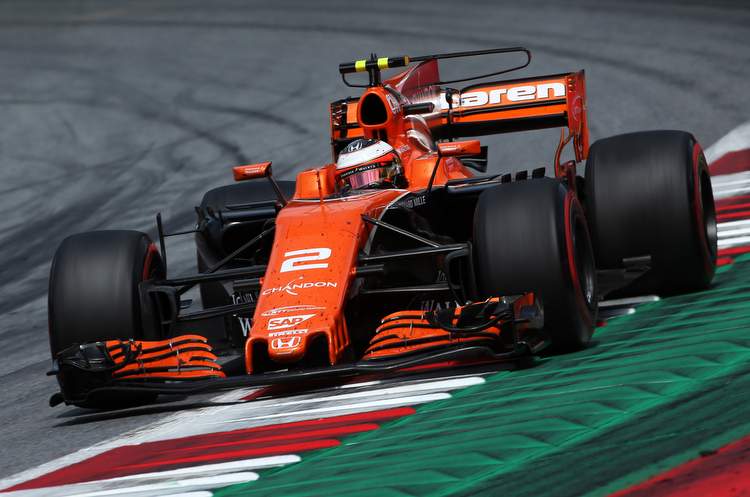 The Hungarian Grand Prix has been a permanent fixture on the Formula 1 calendar since 1986; as a result, the Hungaroring is the 10th track in history to host more than 30 grands prix.

The circuit was constructed in just nine months prior to its inaugural race and despite being F1’s slowest permanent venue, the drivers relish its challenges

Fernando Alonso: “On paper, the Hungaroring presents one of the best opportunities for us this year. The short, twisty circuit means we are less reliant on outright power, and the drivers have to really depend on the capabilities of the chassis to get the best out of the lap.
“I always like returning to Budapest – we get to stay in the centre with great views of the river, and you feel like you’re really part of the city all weekend. The temperatures are high and it’s a testing weekend for the teams and drivers – especially since the summer break is so close, but a good result can be a great boost for everyone going into the shutdown period.
“The important thing for us, as always, is reliability. Even if our car could perform better in Hungary, we need to have a trouble-free weekend to take advantage of every opportunity for points. We made some big decisions in Silverstone in terms of taking grid penalties in preparation for this race, and hope that’s paid off so we can put ourselves in the best possible position for points this weekend.”

Stoffel Vandoorne: “I really like the Hungaroring circuit – although it’s not the fastest in term of outright pace, its technical layout means it feels quick and requires 100% commitment and concentration all the way around the lap. There are a lot of quick changes of direction, and the twisty configuration means you have to have your line spot-on every time to get the best out of a lap.
“The layout combined with the high temperatures means it’s tough on the cars, and you need a strong and stable chassis to be able to get the nose in at the right time and allow you the best possible exit to get ready for the next corner. The straights are short, so it’s all about setting up the car with as much downforce as possible for the corners.
“I’ve won in Hungary before, in GP2, and I enjoy driving on this track. Although we’ve been a bit unlucky, I feel that my performances have been consistent and improving race-by-race. I’ve been working hard with the engineers and I feel confident in the car – my weekends are coming together better now in the first part of the season and as a team we are progressing every weekend. We have to be patient, keep working hard, and I hope to see the reward for our efforts paying off soon.“

Eric Boullier, McLaren-Honda Racing Director: “We head to Hungary ready to tackle the final race weekend before the summer break. I salute and send a heartfelt ‘thank you’ to all of our McLaren-Honda colleagues, who have worked tirelessly throughout the winter and all season long, despite the difficult challenges we’ve faced together. Soon, there’ll be time for a well-deserved break with their families, but, before then, we’re fully focussed on the weekend ahead and determined to come away from Budapest with a positive result.
“Our pace at Silverstone was marginally better than we initially expected on what is considered to be a power-hungry circuit, and therefore a track traditionally more difficult for our car to adapt to. Hungary is a completely different proposition, and one that theoretically gives us optimism that we can put the strengths of our car to the test and better take the fight to our rivals.
“Together with Honda we’re working hard to improve our reliability, and avoiding incurring grid penalties – especially on this track, where our car has the potential to perform more favourably – will be key to increasing our points tally, which we’re all so determined to achieve. On the back of a successful tyre test with Pirelli, we hope to continue this momentum with a strong result in Budapest and follow it with useful mileage during the post-race in-season test, which we’ll as a platform for further development in the second half of the season.”

Yusuke Hasegawa, Honda R&D Co. Ltd Head of F1 Project & Executive Chief Engineer: “Despite showing improved competitiveness during the last few races, we’re yet to translate this into on-track results. Having said that, we’re pleased with our current development and we now head to Hungary feeling more positive about the race weekend.
“The Hungaroring is a unique twisty circuit that should give us one of our best opportunities this season. Though it is not a power-oriented track, it still requires precise energy management throughout every lap of the race. It is also a track where overtaking is extremely difficult, so qualifying will be enormously important for us.
“We know we’re capable of a good result on this type of track, so our target is to reach Q3 and be in a good place to score points in the race. Fernando claimed his first Formula 1 victory at the Hungaroring, and Stoffel won there in GP2 in 2014, so our cars are in excellent hands.
“This is the last race before the summer shutdown when everyone in the McLaren-Honda team will get a well-earned rest. Before then, I hope we can build a good momentum towards the second half of the season with solid results in Hungary.”