Quarter of a million fans expected at Spa 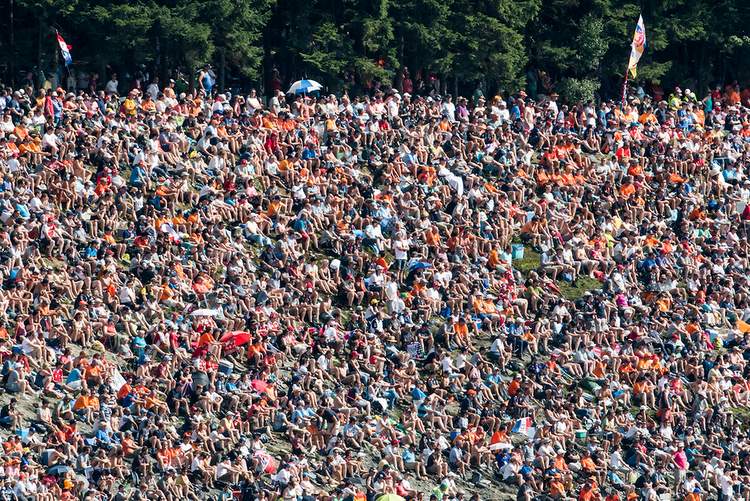 Organisers of the 50th Belgian Grand Prix are estimating that a quarter of a million Formula 1 1 fans will descend on Spa-Francorchamps this weekend, with grandstands sold out weeks in advance for the first time in over a decade.

This has not happened since the glory days of Michael Schumacher and Ferrari, with a number of factors contributing to what is expected to be a sell-out.

For the first time since 2011, when Jerome D’Ambrosio raced for Marussia, a Belgian driver in the form of McLaren’s Stoffel Vandoorne will be on the grid – albeit starting from last place…

But more significantly Red Bull driver Max Verstappen, whose mother Sophie Kumpen (an accomplished racer herself) is Belgian, is sure to attract not only local fans claiming him as their own, but also a legion of orange clad Dutch fans will also make the pilgrimage to the Ardennes – boosting numbers considerably.

Also a factor in the increased foot-fall is the fact that no German Grand Prix is happening this year, thus Spa-Francorchamps is a viable and affordable alternative for German F1 fans.

Throw into this mix the attraction of the new era Formula 1 cars – wider, meaner and faster – and the understandable hype of an intriguing season in which Mercedes are not dominating.

Indeed a big draw-card is the fact that Mercedes and Ferrari are slugging it out in both championships, with the momentum swinging to either camp like a pendulum.

Although Mercedes lead the constructors’ championship by a handy 39 points, the drivers’ title battle is very close with Sebastian Vettel leading Lewis Hamilton by a mere 14 points and Valtteri Bottas 33 points adrift of top spot.

Not to be discounted is Kimi Raikkonen, fresh from signing a new deal to remain at Ferrari for at least another year, who has won four times at Spa (2004, 2005, 2007 and 2009) more times than any of his rivals on the current grid.

Thus the stage is set for another fascinating duel is on the cards this weekend.

Last but not least is the fact that the race marks the ‘return to work’ for the Formula 1 circus after a seemingly too long month recess and of course Spa-Francorchamps also happens to be one of the most iconic and daunting venues on the calendar.