Haas: Grosjean and Magnussen will drive for us next year 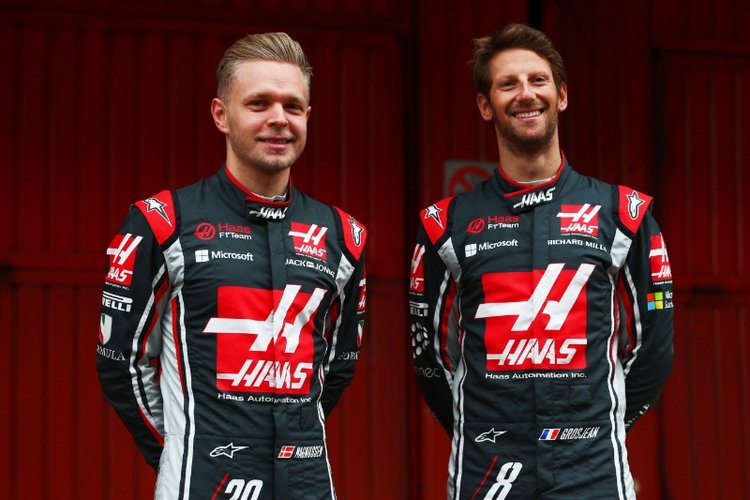 “We will run with the same drivers that we have this year again next year. That is a given,” he told the official F1 website.

“And given the other continuity aspects, we should be better racers next season.”

The only U.S.-owned outfit on the starting grid are currently seventh in the 10-team championship at the halfway stage with 29 points, the same amount that they scored in all of their debut 2016 season.

Experienced Grosjean scored all of the team’s 2016 points but Magnussen, who replaced  Esteban Gutierrez at the end of last year, has scored 11 points from the 10 races so far.

“My guess is that we will score at least another 29 points,” said Haas. “And next year, without a big car or engine change, and with the drivers the same, that should give us a nice continuity boost.”

Haas have Ferrari engines and a close working relationship with the Italian team, which has put them in the spotlight as a possible home for promising young drivers backed by the sport’s oldest and most successful team.

Antonio Giovinazzi, Ferrari’s reserve driver, tested with Haas in first Friday practise at the British Grand Prix a week ago and is due to make more appearances.

Ferrari-backed Monegasque driver Charles Leclerc is leading the GP2 feeder series and is another tipped to enter Formula 1 with a Ferrari-powered team.

Those options look limited, however, with Ferrari-powered Sauber due to switch to Honda engines next season — although recent management changes at the Swiss-based team have cast doubt on that deal.

If Sauber do switch to Honda, that would leave Haas as Ferrari’s only customer team.

This development impacts the silly season as Grosjean was being linked with Ferrari should Kimi Raikkonen quit at the end of this year, and a possible return to Renault was also speculated at one point.

It also puts to bed the option of Giovinazzi joining Haas for 2018, with the Italian then progressing to Ferrari in 2019.

Big Question: Is Haas being wise to retain Romain and Kevin for 2018?