Tech Talk: Say hallo to problems with the halo 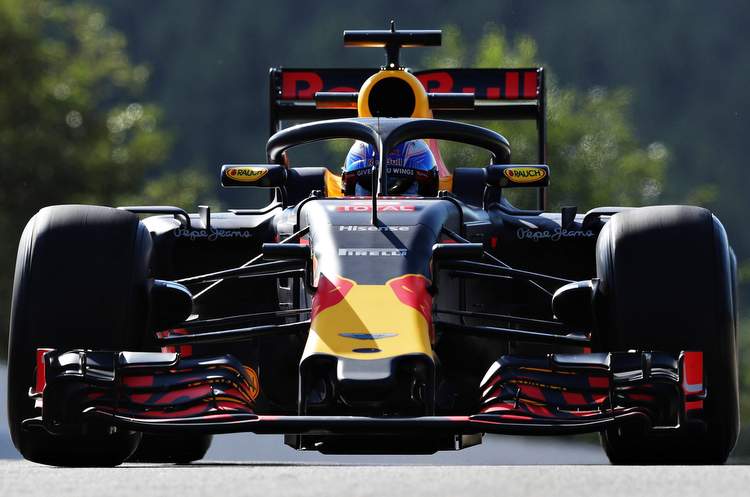 The FIA announced that the highly controversial halo cockpit protection will be introduced in 2018, despite nine of the ten Formula 1 teams voting against it for introduction in 2017 – now apparently they have all agreed.

The late decision (teams would ideally have known about this early this year) will provide constructors with significant aerodynamic and structural challenges in the design process for the 2018 cars.

Putting aside the visual reservations for a moment, the halo will most likely result in cars that are slower next year than this. Firstly, the bulky structure will increase drag, reducing straightline speed for a given power unit and wing level.

More importantly, the weight of the car will rise; it is often suggested that for every 10 kg extra of fuel added to a car’s tank, there is a 0.3 of a second loss in laptime. Given that the halo will be mounted very high up (raising the Centre of Gravity), and the weight penalty will be at least 10 kg, it can be assumed that more than half a second per lap per lap will be lost in this regard.

But perhaps the largest problem will be a significant loss in aerodynamic downforce, as airflow to the rear wings is disrupted by the unstreamlined shape of 2018’s cockpit protection. Unlike fully closed cockpits in Le Mans, where the entire car is integrated with this concept, the halo is very much an afterthought, both in terms of appearance and engineering.

With the rear wings losing downforce, in order to ensure balanced aerodynamics, load from the front wing will also be reduced, lowering the overall grip of the car. Expect teams to use devices such as mirror stalks to divert as much air inboard and outboard of the halo, minimising disruption to rearward aerodynamics.

Ultimately, the cars should be noticeably slower than this year, although not quite back to 2016 levels.

However, with a great deal of this year’s championship excitement being about the faster, better looking cars, especially at a venue like Silverstone, it appears that the FIA has lost touch with reality here.

There will be those who argue that Mercedes was still fastest in FP1 at Spa last year with the halo, but the team was dominant, the rear wings were higher and less affected by the cockpit protection, while the halo was not a structural part at that stage, but merely made from carbon fibre.

For now the junior single seater series, where drivers are less experienced and more likely to crash, will not have the halo, and nor, at this stage, will Formula E, another FIA series run largely on narrow street tracks where debris is more likely to enter the cockpit area.

Thanks to the disruption caused by the halo, teams will be looking to maximise the distance between the back of the halo and the rear wing, resulting in longer wheelbases (they have already been increased for this year thanks to the greater bargeboard area freedom), making overtaking even more difficult as the driver behind has a larger distance to make up in the braking zone.

Where will the halo actually prove beneficial?

It was the only protection to remain largely unaltered when a tyre-wheel arrangement was fired at the structure at 150 mph. But this is highly unlikely to happen – it is almost impossible for the tyres to come off the car during a crash thanks to wheel tethers and their subsequent strengthening. This could be taken a step further for enhanced safety.

Jules Bianchi’s fatal head injuries, incurred in the tragic accident at Suzuka, would not necessarily have been prevented by the halo.

The spring which hit Massa’s helmet in 2009 may have been diverted, but the halo still leaves a significant opening through which debris can fly and hit the driver.

Additionally, when a pit-stop goes wrong and a wheel is not properly secured, drivers and teams often realise by the time a car has reached the end of the pitlane, before it is safely stopped – think Kimi Räikkönen at last year’s United Sates Grand Prix. It would be much more sensible to prescribe a minimum pitstop time of five seconds, all but preventing human error.

Further to this, the late timing of the decision means that those teams with tall drivers who sit high up in the car, most notably Hulkenberg (Renault) and Ocon (Force India), will have to redesign their chassis at a stage when they would almost be signing it off.

This is because the driver will have to be as low down as possible next year such that the top of the halo does not obscure their vision. Of course, this favours the better resourced teams, furthering widening the gap on the grid.

The FIA also stated that the drivers have repeatedly supported the halo, but this is not the full story. When a vote was held among drivers over the winter, the conclusion on the halo cockpit protection was one against its introduction, with a vote of seven against to four in favour, with five abstaining.

To make matters worse, Formula 1 fans are thoroughly opposed to the halo, and this decision will more than undo all of Liberty’s good work so far.