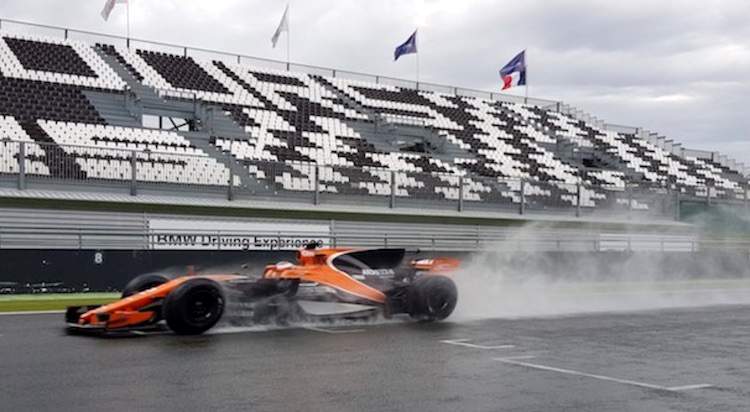 With the hustle and bustle of the British Grad Prix over, Pirelli were hard at work testing Formula 1 wet weather tyres at Silverstone and Magny Cours.

As part of their 2018 tyre testing campaign, Pirelli were running McLaren’s Stoffel Vandoorne at the former French Grand Prix venue, evaluating the full wets earmarked for the 2018 Formula 1 season.

On Tuesday and Wednesday at Silverstone, Ferrari reserve Antonio Giovinazzi, at the wheel of a Haas, and Williams driver Lance Stroll were also on testing duty for Pirelli.

In dry and warm conditions, on Tuesday, with the track temperature peaking to 39 degrees, the pair covered 225 laps testing a variety of 2018 protoype tyres.

On Wednesday rain fell over Silverstone which enabled the two drivers to complete 103 laps between using prototype slick, inter and wet tyres.