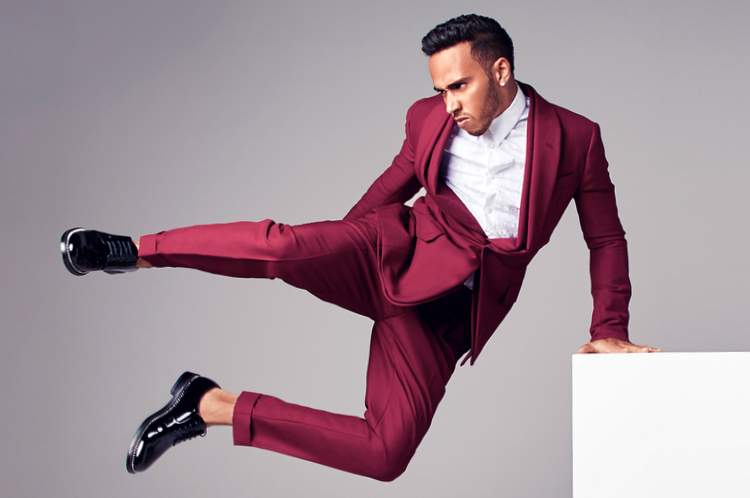 Lewis Hamilton has been rated the eighth most fashionable athlete in global sport on the 2017 Fashionable 50 List by Sports Illustrated.

Hamilton ranked higher than Real Madrid superstar Ronaldo who was 11th on the list, which was topped by NBA star Russell Westbrook of the Oklahoma City Thunder and dominated by American sports stars. Serena Williams was third on the list, with Roger Federer fourth.

The triple Formula 1 World Champion, a self-confessed fashionista, told the magazine, “I think my style is definitely urban chic. I love mixing street style with the high-end luxury brands, like Gucci for example. Quite fun.”

“Fashion is a growing love that probably started when I got into my 20s. When I was younger, all of my family’s money went into racing. We were never a stylish family. We never went shopping, because all the money went into buying tires and fuel and all of that.”

As for his style influences, Hamilton revealed, “As a kid I was heavily influenced by hip-hop. Tupac is my favorite artist and he had mad style. But if there’s anybody, Pharrel has really been a style icon for me. He’s never shied away from doing something quite bold. He doesn’t really care what other people think, he just goes his own way with it. And I love that.”

“I see images today of what I wore previous years and my taste has shifted. It wasn’t until my 20s that I started to explore what I was most comfortable in and found my own way forward. That’s something that has been growing for years. I like to think my style today is the best I had so far.”

Asked what essentials he packs for his frequent travels, Hamilton replied, “I really do live out of my bag. I’m on the road non-stop, months at a time. So I do tend to overpack. But much better to arrive somewhere and have options, than be like: Damn I wish I had that! I always have a good pair of jeans—that’s an essential for my travels.”

Hamilton makes no secret that after Formula 1 fashion could feature in his life, “Right now it’s about my own growth in the fashion world. I like to meet the designers and pick their brains. It’s such an art form. I love finding out where they get their ideas.”

“I have quite a creative side, and that’s definitely something I’d like to tap into in the future. But its not something you can just do. I’ve been racing for 25 years and it’s taken me a long time to get to where I am.”

“Just like when you look at all of these fashion designers, it’s not like they stumbled across it. If I look in 10 years time, I’d love to have a line of my own designs or collaborate with someone that I’ve inspired,” added Hamilton.