Hasegawa: I am confident that we are closing the gap 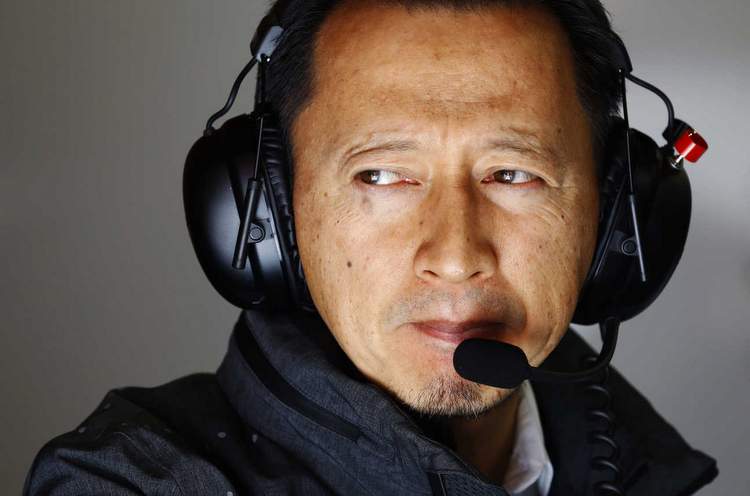 The Honda deficit to Mercedes during the British Grand Prix weekend was massive, apart from lacking top speed the power unit bolted on the back of the McLarens are also woefully lacking low down grunt, but Yusuke Hasegawa remains committed to the concept that his team have pioneered despite there being no end to the tunnel of their struggles.

In the wake of the British Grand Prix, where Vandoorne finished a lap behind the leaders, in 11th, and Fernando Alonso endured another DNF, the Honda chief said, “I get excited when we bring an update, because it can lead to increased expectations of scoring points or similar.”

“But still we need more from our other updates to catch up to the level of Mercedes and Ferrari. I am definitely confident that we are closing the gap to the leaders so, from that point of view, our speed of development is good. But at the same time it is natural for the follower because you have a target that you know is achievable.”

Much was expected of the Honda spec-three engine when it broke cover recently, but it did not deliver to expectations. The source of the problem appears to be the backward steps the Japanese manufacturer took ahead of the 2017 season, deciding to develop an alternative engine concept from scratch.

Hasegawa explained, “We introduced a new power unit concept this year, so I would almost call this Year One again. But our aim is to develop the 2017 concept into the 2018 season and hopefully 2019 as well. So the engine weight, centre of gravity and the combustion concept is all going in the same direction as the other three engine manufacturers.”

“It was good for us to do that. We can modify the specification of some of these parts to catch up with the other three engine manufacturers. Last year the engine concept was completely different, so with minor modifications we could not duplicate the same type of performance. That’s why we really needed to change the whole engine concept this year.”

“Roughly speaking, it takes almost a year to design a completely new engine. So that’s why we started 2017’s engine development last May. So this year’s power unit was built up at the end of last year. In parallel, we also conducted some mono-cylinder tests and some experimental tests on other engines.”

“However, when we fired up the complete engine for the first time, we could see it wasn’t delivering the durability or performance in accordance with our expectations. We also found many minor issues. So we needed to modify tiny bits.”

“After resolving these smaller elements, we started to test the full concept at the start of this year – call it Spec Zero as it was the initial one – and before the first winter test we confirmed that it ran on the dyno.”

“But of course at that moment we knew that the power was not delivering to our target. Then, at the Barcelona test, we found more issues on the car, such as the oil tank issue. It was a car-related issue. This is not a complete engine issue, but of course it is very important.”

An obvious question is: why these issues were not apparent before the engines were bolted on to the McLarens?

Hasegawa disclosed, “The answer lies in the difference between testing on the dyno and running in a brand new car on a track. Many items we could not test on the dyno, so it is normal that we need to check some functions in the car”

“The oil tank is one of the biggest items, so we have a rig for the oil tank but we cannot recreate the same types of G forces and conditions as in the car.”

“Of course, by design we have to consider the actual car situation in theory, but sometimes it is not always the same situation so that is why we had some issues with the oil tank first.”

“The second issue was down to the vibrations. On the dyno, the model is stiffer and heavier, so it doesn’t create any synchronised vibrations, but on the car – with the gearbox and the tyres – there is a much lower level of inertia.”

“Low inertia does not always create vibrations but it’s completely different from the dyno and that’s why we suffered a huge vibration on the car. Of course, we were aware some level of vibration would come in the car but it was much bigger than we expected.”

Although they have severely toned down their criticism of their engine partner, McLaren are searching for a solution to pry them out of the worst period in their history. And the news is not good from Honda as they admit that time is not on their side, in other words: there is no short term solution to this crisis.

“It depends on the items – something like the combustion system takes longer for testing and confirmation. So we cannot set a target just for two weeks later, normally such an upgrade takes something more like half a year,” confessed Hasegawa.

Despite what is clearly a dubious development path they have chosen, Honda are committed to the journey they are on, clearly believing that the concept they have pioneered is the best one for their ambitions in Formula 1.

Hasegawa said, “It’s good that we can use the same concept because this year’s development and improvement is directly connected to next year. So that means we don’t need to stop the current development, and from that point of view we have already started next year’s design.”

Big Question: Will Honda emerge from the hole they are in by sticking to their guns?