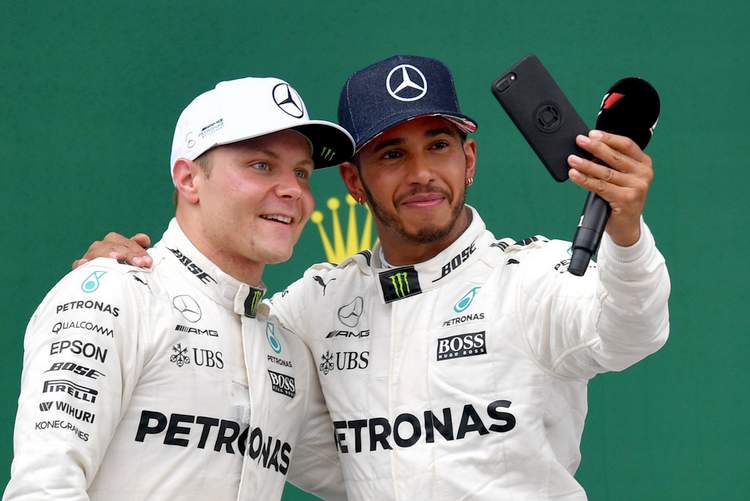 Keeping Valtteri Bottas at Mercedes next season looks an obvious decision but the Formula 1 champions need to consider their long term options, team boss Toto Wolff said after the Finn shone during the British Grand Prix.

When asked by reporters at Silverstone if Bottas’ had done enough to warrant a contract extension, Wolff replied, “It is almost a no-brainer.”

“I would just like to set the puzzle together and it’s not only about 2018. I think that is logical. I think it’s about looking forward and what happens in 2019 and 2020, the risk and opportunities.”

“That’s why after Budapest, hopefully a good race again, I’m going to contemplate on a beach about what’s right and wrong for the team.”

Triple F1 world champion Lewis Hamilton won the race, a record-equalling fifth victory in Britain and his fourth in a row at Silverstone, to slash Sebastian Vettel’s championship lead to a single point.

The Briton has also won five times in Hungary, the last race before the August break.

Bottas has proved an ideal replacement for retired 2016 world champion Nico Rosberg since he joined in January on a one-year deal and Hamilton, out of contract at the end of 2018, has emphasised how well they get on.

After Rosberg’s sudden decision to quit last December, Mercedes will want a clear indication of Hamilton’s intentions while also keeping themselves open to any top talent that might become available.

Ferrari’s Vettel is out of contract at the end of this year and there has been talk of Mercedes lining him up for 2019. There has also been speculation that Hamilton could seek to see out his career at Ferrari.

Wolff recognised that the Italian team was one every racer dreamed of driving for, but added that Hamilton had the fastest car at present, while the dynamic in the team was “the best”.

“So all of the talk outside has no relevance to me. Zero,” he said.

Bottas has triumphed in two races that Hamilton was in no position to win, denying Vettel important points and also proving a loyal team player.

On Sunday he started ninth thanks to a five-place penalty but fought back to anchor the team’s second one-two of the season and pass Vettel, who dropped to seventh after a late puncture.

While Ferrari have relied on Vettel, winner of three races, for the bulk of their points, the Mercedes drivers have been more equally matched. Bottas is third overall and 22 points behind Hamilton.