Pirelli: The mode of failure of the two tires is different 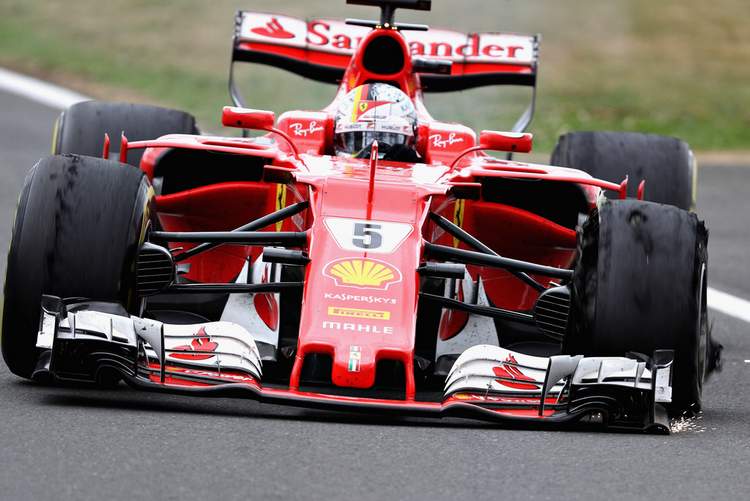 Silverstone has not been kind to Pirelli over the years, and this year at the British Grand Prix the exclusive Formula tyre supplier was again thrust into the limelight as tyre failures cost ferrari dearly.

In 2013 a spate of high speed blowouts during the race weekend at Silverstone had the Formua 1 worl up in arms. They survived that ‘crisis’ and have since produced rather more robust tyres and things have gone relatively queit on that front despite many drivers unhappy, albeit resigned, to the options they have at their disposal.

The Finn was robbed of a sure second place when the front left tyre on his Ferrari appeared to delaminate and throw a tread, while the German similarly had a front left divorce its carcass and flap around as he made his way back to the pits. A sure fourth place turned to seventh.

But Pirelli are claiming that the two incidents were merely remarkable coincidences and the episodes were unrelated.

Pirelli racing manager Mario Isola reported, “We are obviously investigating the tire as usual but more deeply because of what happened. We believe – although it has to be proven – that the mode of failure of the two tires is different, so we need to investigate.”

“What we can exclude is that we had any carcass failure on Kimi’s tire because the tire was still inflated. There is a part of the tire that is damaged and we will investigate deeply on all the tires, not just this tire.”

“Sebastian had a different issue with a loss of air, so we have to understand and we will provide a report. We are working together with the teams, because the data from the teams is an important part of the investigation and it’s in the interest of everybody to better understand what happened.”

“We will see that from the data, because on the data you have a lot of information and numbers that will give you something more. But my colleagues are currently analyzing with the Ferrari guys and we will work to find an explanation as soon as possible because it is interesting to have something very soon.”

That Ferrari were the only team afflicted was notable and Isola revealed that there was no evidence of other cars suffering similar problems and said “we don’t have any other evidence of an issue.”

Asked if Pirelli gave teams guidelines on the expected duration of the tyres they supply, he replied, “No, we give them the data we collect on Friday. So on a Friday we measure the wear and they have the numbers so they know what they can do. But I’m not saying it was a problem of wear, so we need to understand before that.”

Whatever the case Ferrari received a double pronged blow to their title aspirations on both fronts. The Reds left Silverstone 55 points adrift of Mercedes in the constructors’ championship standings, while Sebastian Vettel’s lead in the drivers’ points over Lewis Hamilton was reduced from 20, before the race, to one.

Big Question: Are the current Pirelli tyres up to scratch?