Raikkonen: I was very unlucky but then in a way lucky 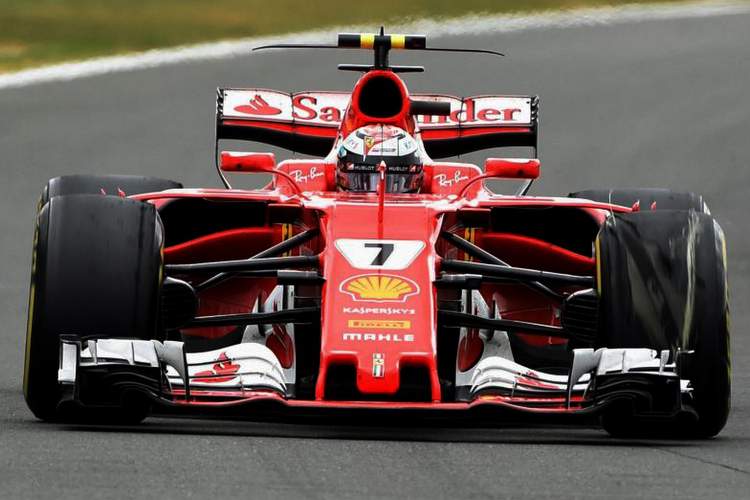 Kimi Raikkonen looked set for second place at the British Grand Prix until a front left puncture late in the race relegated him to third place, but he believes that the dose of bad luck was followed by a helping of good luck.

The Ferrari driver summed up the final moments of an action packed race at Silverstone, “I don’t think I hit anything, everything felt normal before that moment. If I came back [to the pits] quite fast I would destroy the front wing after that because the tyre was flapping around but we managed to get into a decent position in fourth.”

In the end Ferrari were dealt a significant blow in the Formula 1 constructors’ world championship standings, but at the same time it was clear that Mercedes had the upper-hand at the power friendly circuit.

Raikkonen acknowledged, “I felt quite comfortable all the time but unfortunately it was in second and not in first place. It was not the easiest feeling that we’ve had all weekend, there were a few places that were quite difficult for us and the race was similar to on Friday.”

“I tried to hang on to Lewis and tried to keep the gap but we just didn’t have enough speed,” conceded Raikkonen who leaves Silverstone fifth in the drivers championship standings.