Wolff: The way Hamilton has been treated in certain media is wrong 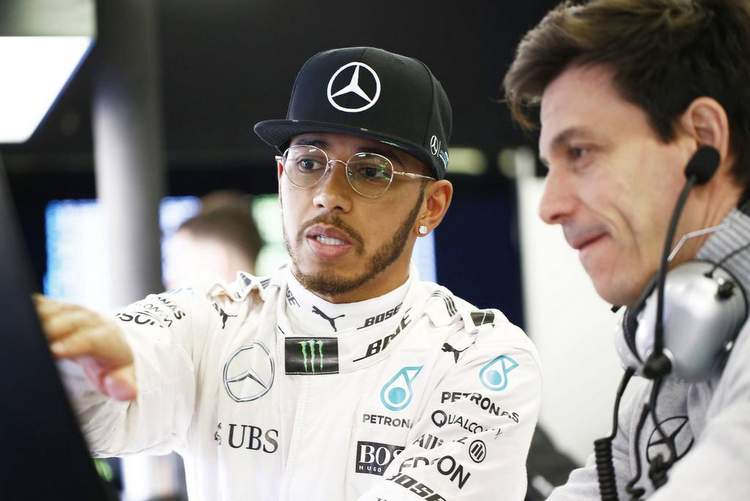 Mercedes team boss Toto Wolff spoke out staunchly in defence of the team’s superstar driver Lewis Hamilton, rejecting media criticism of his star driver as insulting, wrong and unfair in the aftermath of the tripe F1 World Champion’s now show at the F1 Live event in London.

Wolff indicated also that Hamilton could do as he pleases so long as he delivers on the track.

Speaking to reporters after the triple world champion took pole position at the British Grand Prix for the third year in a row, the Austrian slammed ‘rubbish stories’ questioning Hamilton’s relations with the team.

The Briton was given a rough ride by the media earlier in the week for missing a promotional F1 event in London, one that Ferrari title rival Sebastian Vettel and all the other drivers attended.

Some coverage has pointed at trouble in the team, highlighting Wolff’s decision to attend a birthday party for Vettel after the German drove into Hamilton’s car in Azerbaijan.

Wolff said the driver — who is 20 points behind Vettel after nine races — had discussed everything with him and acted with full permission.

“We had a chat at the beginning of the week whether it was good or not good to go to the event,” he said. “After five years together I think the most important is that he feels at ease because that is how he extracts performance on race weekends.”

“He took a decision for his championship and the way he’s been treated in certain media is wrong,” said Wolff. “And not fair.

“Before his home race at Silverstone, after rough weekends in Austria and Baku, to be treating the local superstar and hero in that way is absolutely against how I see things.”

“Questioning whether a three-time world champion, that has just broken Ayrton Senna’s pole record and is going to beat Schumacher’s record, understands how he should prepare himself is an insult.

“I give him freedom to organise his days in a way he wants. If he feels that staying away from a Formula One environment, being with his friends… helps him to extract performance in Silverstone then so be it.”

Wolff said there had never been an issue within the team, and the driver was ‘in a great place’ even if he polarised opinion.

Hamilton, whose pole left him one off Michael Schumacher’s all-time record of 68, jetted off to the Greek island of Mykonos with friends during the London event.

Chasing a record-equalling fifth British Grand Prix victory, and fourth in a row at Silverstone, he has enjoyed his annual love-in with the home fans.

Wolff suggested Red Bull boss Christian Horner had been up to “a bit of mischief” in highlighting Hamilton’s absence at the London event, heard few boos and saw no backlash ahead of the race at Silverstone.

Big Question: Has Lewis been badly treated by certain media?