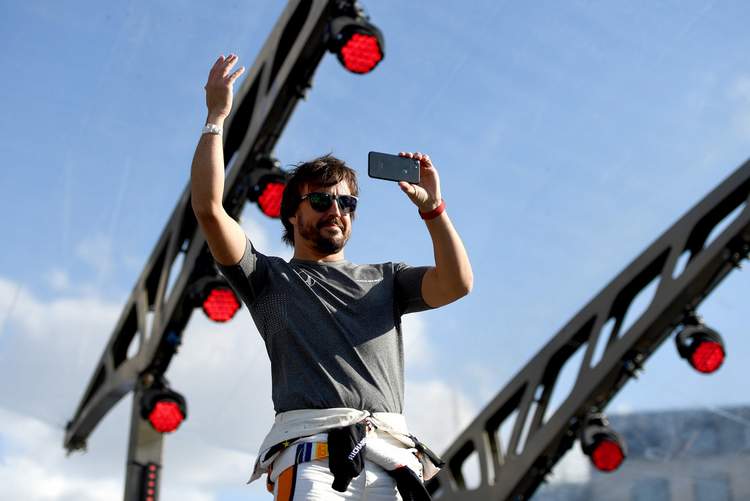 Now it emerges that Honda are making more component changes to the Spaniard’s power unit which could incur an extra 25 grid place drop (30 in total) for the race at Silverstone.

Either way it was likely that the McLaren driver would start the race from the back of the grid, or thereabouts, but with more component changes expected it is virtually guaranteed he will line up last on the grid for the race.

Speaking to Sky Sport, Alonso said, “It’s a home grand prix for the team. It’s a place where we want to put a good result on Sunday.”

“We will try to push hard, be in the points and put on a good show. Whatever the result at the end, it is a race where we enjoy attacking and racing so Silverstone is a perfect place.”

“At the moment we will put the Spec-3 with the new MGU-H because we don’t have an older one to run, so that is already a penalty.”

“I don’t know what the other components are in terms of mileage, so it will not change too much to take a small penalty or a big one, maybe it is better to take the big one and arrive in Hungary with a little bit more safe,” explained Alonso.