Grosjean: I was impeded and nothing happened 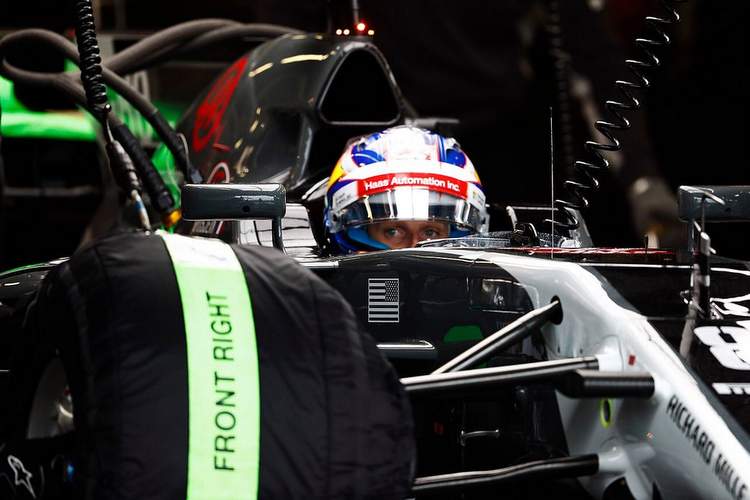 When Romain Grosjean learnt that race stewards declared that Lewis Hamilton did not impede him during qualifying, he accused the rule makers of double standards.

Triple world champion Hamilton qualified on pole position for his home grand prix by more than half a second in a stellar display of dominance.

He had some anxious moments after the chequered flag, however, as stewards investigated the Haas driver’s complaints.

They decided after examining video evidence to take no further action, ruling that while Grosjean “may potentially have been affected” by Hamilton’s presence at turn 16, he was not impeded.

Grosjean was surprised by the wording and by the stewards making their decision without listening to his side of the story.

He added that he had been handed a five-place grid penalty in China for slowing insufficiently when yellow warning flags were being waved but on Saturday had lost position with no penalty to anyone else.

“If losing three and a half to four tenths is not being impeded, I am very surprised at what is,” Grosjean told reporters. “I think it opens room for a mess in qualifying and the rules are pretty clear.

“I know that there is a world title going on at the front, but we are in a position where we fight as hard as the boys at the front and I was impeded today. Maybe if it was another driver there would have been something. It does feel as though there are two types of decision.”

Asked whether he felt Hamilton was benefiting from home race advantage, Grosjean refused to rise to the bait, “I am just saying that I have seen drivers impeding other drivers and get a penalty. Today, I was impeded. It was clear on the data, and nothing happened.”

Grosjean has a chequered record in Formula 1, famously dubbed a ‘first lap nutcase’ by now-retired Australian Mark Webber in an accident-filled 2012 season that led to him serving a one-race suspension.

His speed and talents have since come to the fore and he is now a leading light in the Grand Prix Drivers’ Association (GPDA).

Hamilton said immediately after qualifying that he had yet to see the replays, but apologised if he had done anything wrong.

Mercedes team boss Toto Wolff was not amused with Grosjean’s accusations, “There are some that moan all the time,.”

“If Romain Grosjean comes out and starts asking for penalties for other drivers, he’d rather look at his track record. He should be happy he’s driving in Formula One,” added Wolff.