Alonso: I saw the reaction of the people 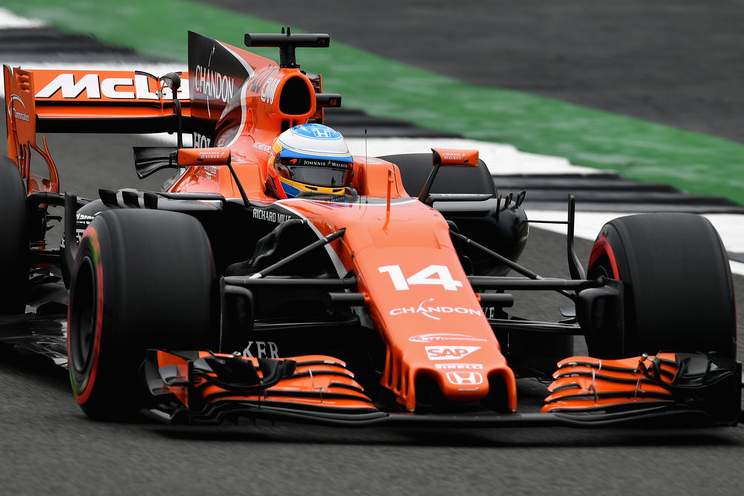 It was a priceless moment when Fernando Alonso topped the timing screens at the end of Q1 during qualifying for the British Grand Prix, a feat greeted with cheers from the 100,000 string crowd enduring rather miserable conditions at Silverstone.

The McLaren driver bottom of the times when he aborted his final run on inters, with the track surface drying fast he bolted on a set of supersofts and with very little time on the clock he darted out the pits and blitzed around on his warm-up lap to make it just in time for a single flyer.

It was typical drama packed stuff from the Spaniard with that lap turned last to first place at the end of Q1, prompting cheers not only in the grandstands but also in the media center.

Alonso told reporters afterwards, “I saw the reaction of the people at the end of Q1, it was nice the grandstands happy for that moment. The guys in the garage deserved it as well, they’ve been working so hard this last couple of years, changing many components and, unfortunately, working very hard. So, even if it’s just for one moment, to be up there I think it’s good.”

But the moment was short-lived as he failed to make it beyond Q2 in which he ended 13th fastest, but the Spaniard was beaten by his rookie teammate Stoffel Vandoorne for the first time this season in qualifying. The Belgian was ninth quickest.

Alonso added, “We now need to think about tomorrow, we proved today that in mixed conditions we are quite competitive, so a wet/dry, wet/dry chaotic race could play in our favour, so we will try to do our best.”

And added with a grin, “I need mixed conditions, I need 25 pit stops for the others, to change tyres very often and if do 23 stops then you recover a lot of places…”

“In a way I think it’s better to be out of Q3, because you can chose the tyres you will start the race with. Starting last with old tyres from Q2 is a penalty, so I’m happy with P13. Being faster in Q1 was nice, it was Ok, but we had slicks.”

“The track was a little bit on the limit, we took a benefit from that and then let’s see tomorrow. These mixed conditions can hopefully help us, so let’s hope it will be like that tomorrow too, so we can have a chance to fight,” added Alonso who has twice triumphed at the British Grand Prix, but this season has only scored two points thus far.