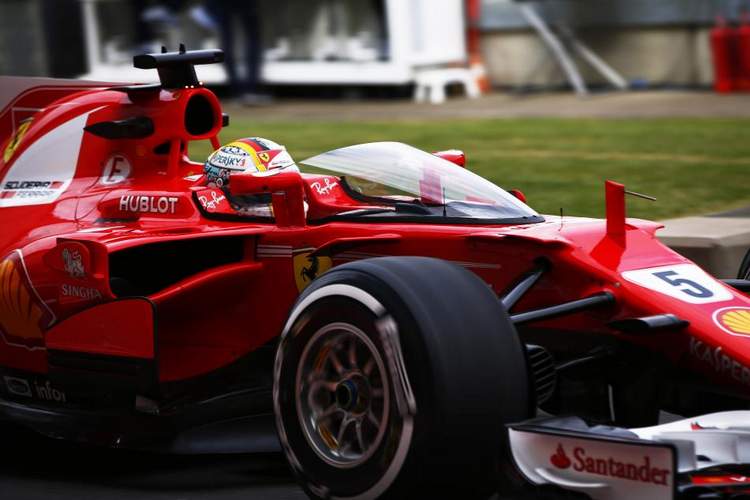 Sebastian Vettel was the first driver to test the shield – the FIA’s latest cockpit safety concept – running with it on his Ferrari early on in FP1 at Silverstone.

The transparent windscreen constructed using poly-carbonate is aimed at providing additional protection to drivers from wayward debris, while providing unobstructed frontal and periphery vision for the driver.

Governing body FIA has been focusing on that concept rather than a ‘halo’ cockpit protection system that was extensively tested last season to a mixed response from teams and drivers.

However progress with the project allowed them to do this initial short test ahead of a more comprehensive session during FP1 at the Italian Grand Prix.