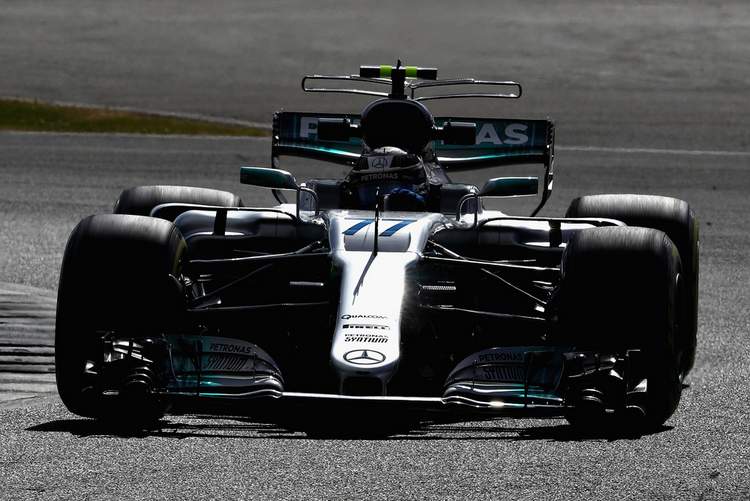 Bottas’ best lap time of 1:29.106 was a mere 0.078 of a second faster than teammate Hamilton, as they swapped top spot on the timing screens throughout the 90 minutes session. Neither driver used the faster Pirelli super soft tyre.

Max Verstappen and Daniel Ricciardo had the supersofts bolted on to their Red Bulls – and the pair finished third and fourth respectively, notably Verstappen was half a second down on Bottas.

Ferrari duo, Kimi Raikkonen and Sebastian Vettel, were next up, the latter having spent the first part of the session testing ‘The Shield’ cockpit safety device. One would imagine the Reds are keeping their powder dry as they tend to do in the first session of a grand prix weekend.

Toro Rosso’s Daniil Kvyat was seventh, while both McLaren drivers enjoyed a good session with Fernando Alonso eighth and Stoffel Vandoorne in tenth, the pair sandwiching the Williams of Felipe Massa who ended ninth.

Ferrari reserve Antonio Giovinazzi was on duty for Haas, in place of Kevin Magnussen, and ended the session 16th quickest, with Romain Grosjean in the sister car 14th four tenths up on the Italian.

A few incidents pock marked the session, which was run under a cloudy sky, with Williams’ Lance Stroll going off-track at Becketts, Pascal Wehrlein’s Sauber suffered gearbox temperature problems and Grosjean complaining of no power.