Mallya: That doesn’t mean it’s going to be Force One 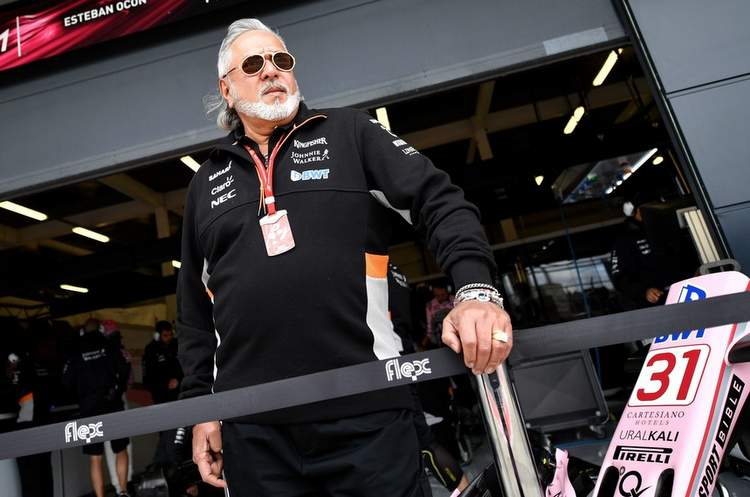 Force India co-owner Vijay Mallya has steered his Formula One team through a decade of growth and is looking forward to another, although the “India” moniker looks destined to be dropped.

Force One? Force Racing? The Indian businessman says a new name will be a commercial decision driven by potential sponsors looking for global exposure with a team not defined by geography.

“When I bought this team 10 years ago now… I could have called it Mallya Formula One or Kingfisher Formula One,” he told Reuters at the British Grand Prix.

“I was passionate about putting an Indian team on the grid. Now, things have changed. Force India is getting very limited in terms of potential.

“The Indian Grand Prix is gone, sadly. There are no Indian sponsors who’ve come to the table. They seem to be spending all their money on cricket. And I need for the continuing financial stability of this team to reach out to more international sponsors.”

In the early years of Force India, a Silverstone-based team previously known as Jordan, Midland and Spyker, Mallya was asked regularly about the absence of sponsors not connected to his own beer and liquor empire.

There was speculation about the team finances and whether the then-billionaire, whose empire has since crumbled, was committed to the long-term.

Mallya, wanted in India with extradition proceedings pending following the collapse of his Kingfisher airline, tells a different story now.

“We have to think about positioning the team for the next 10 years. We’re doing well, thanks to the efforts of everybody involved and we’ve got a whole bunch of new sponsors,” said the 61-year-old.

“We are in touch with some sponsors who are very interested in a title sponsorship arrangement. We’ll see how that all progresses.”

A string of companies using the Force One name were recently registered by the team.

“Force One was the most obvious that came to mind. The first thing you do is find out if the name is available and register it before somebody else takes it. so I went through the process. That doesn’t mean it’s going to be Force One,” he said.

“There may be other options. When I was up at the factory on Tuesday this week somebody suggested why don’t we just call ourselves Force Racing.”

Mallya would not speculate on when a decision would be made, “You can’t change the name of a team frequently. It’s not done. Force India is well known now. The average fan understands and relates to Force India. We’ve built up this name over 10 years.”

“We need to make sure that whatever we decide upon is another 10 year programme. That’s one of the reasons why we were all keen to retain the Force bit of it. There’s some continuity.”

Mallya started the season with Force India on a high, targeting third place after achieving a best-ever fourth.

They are still behind the big three, with Mallya experiencing highs and lows as Mexican Sergio Perez and French rookie Esteban Ocon threw away a possible double podium in Azerbaijan in June while performing strongly elsewhere.

“I was merrily sitting in front of my big screen, headphones on, looking at my computer and thinking that a podium was in the pocket in Baku and then I saw what happened. I almost broke the bloody television, I was so angry,” he said. “But I am enjoying the strong performance of the team.”

He is also enjoying rubbing the results in the face of Renault, whose boss Cyril Abiteboul had warned before the season started that Force India might struggle to maintain the pace of development.

Big Question: How important is a name change for Force India?