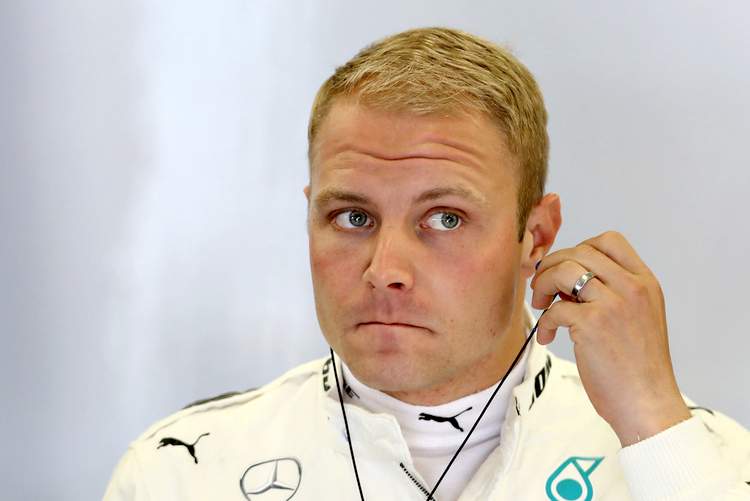 After topping both practice sessions on the opening day of the British Grand Prix weekend, Valtteri Bottas has received a blow to his chances of winning the race when Mercedes revealed that the Finn would collect a five-place grid penalty for a gearbox change.

This has boosted Lewis Hamilton’s chances of starting from the top spot on the grid at his home British Grand Prix, a victory would revitalise his title challenge which has faltered since he last won in Canada.

Hamilton, who is 20 points behind Ferrari’s Sebastian Vettel after nine of 20 races, had a similar problem at the previous round in Austria which Bottas won after qualifying on pole.

“His gearbox was damaged in the same way as Lewis’s but less severely, and we had hoped to coax it to the end of the cycle,” said a Mercedes spokesman. “However, we have not been able to do so. The cause of the damage is understood and now behind us, just as for Lewis’s problem.”

Bottas has taken two poles this season and had been fastest in both Friday’s practice sessions, with Hamilton a close second.

The Briton has won for the past three years at Silverstone and is chasing his fifth victory in total at the circuit. Another pole position would leave the triple F1 World Champion one short of Michael Schumacher all-time record of 68.