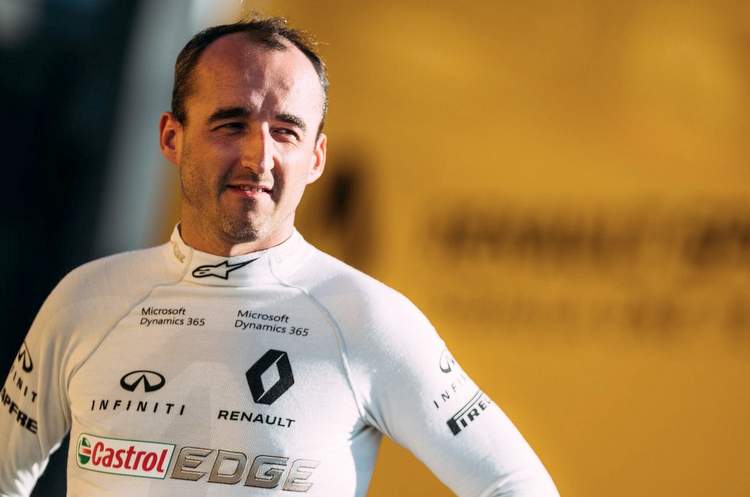 Kubica partially severed his forearm in a 2011 rally accident in northern Italy and has not raced in Formula 1 since 2010.

Speculation about his return has been gathering pace, however, and he impressed in two recent tests with Renault in 2012 cars with V8 engines and demonstration tyres.

Abiteboul was wary of adding to the hype, reminding reporters at the British Grand Prix that the current V6 turbo hybrid cars were very different beasts.

“What I can tell you is that he is still quick, he is still very consistent and more importantly he has this energy and this drive, this enthusiasm that he has always had,” said the Frenchman.

“It’s really too early to talk about next steps… right now, the focus is on getting the most out of the overall line-up and package that we have. Then we will think about 2018 in due course.”

Asked whether the evaluation so far had shown that Kubica was capable of racing a Formula One car, the Frenchman replied: “I don’t want to say yes or no. It’s not like a test that you are passing at an exam. We’ve not seen any obvious roadblocks.”

Abiteboul said Renault, whose current drivers are Nico Hulkenberg and Jolyon Palmer, were not just in it for the publicity.

“We are not doing that for PR purposes, even though we see it is creating a lot of media expectation and focus. It’s not what we are doing, we care so much more for Robert than this,” he added.