Alonso on back foot before Silverstone weekend begins 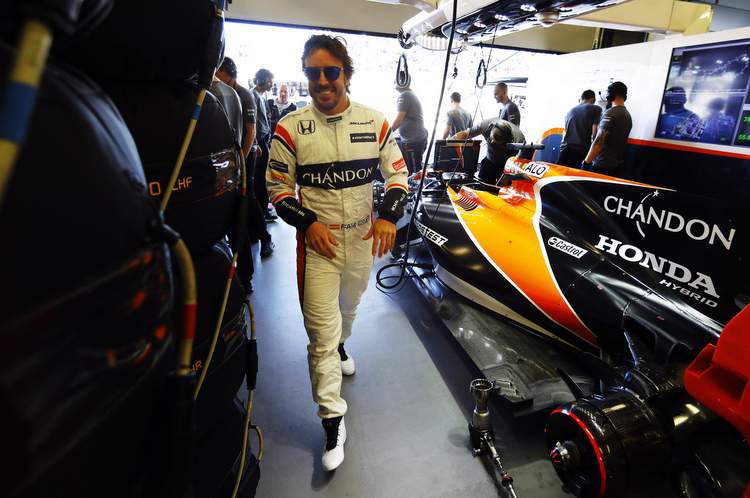 Fernando Alonso is already on the back foot, for this weekend’s British Grand Prix, before an engine has been fired up in anger, but should race with the latest specification Honda engine.

Last week in Austria he had to ditch the updated ‘Spec-3’ Honda power unit, but problems with it’s MGU-H forced the team to revert to the previous specification engine.

A fifth energy-store on the power unit has had to be installed, which will result in a five place grid penalty for the race at Silverstone on Sunday.

Honda may choose to make additional changes and incur further penalties, at the high speed venue, which will not be their freind this weekend. But on a positive note would mean they head to the twisty Hungaroring, in two weeks time, uncompromised.

Alonso has scored two points so far this season, McLaren’s only points thus far. Since his return to the team in 2015 has never finished higher than fifth. The double F1 World Champion won the Birtish Grand Prix in 2006 and 2011.

PU elements used per driver up to now: 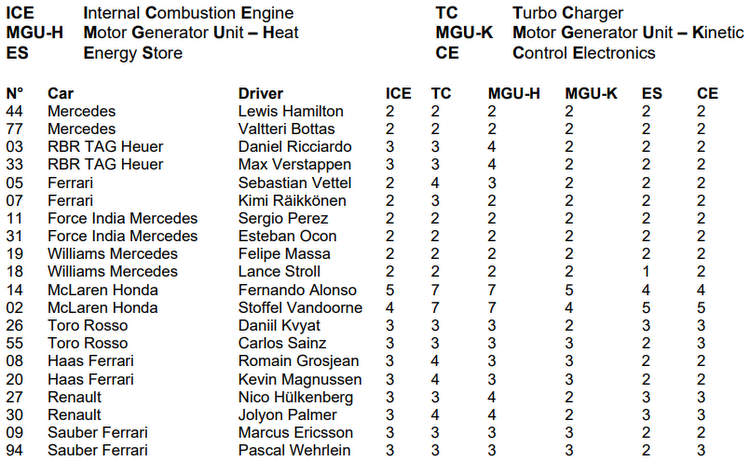