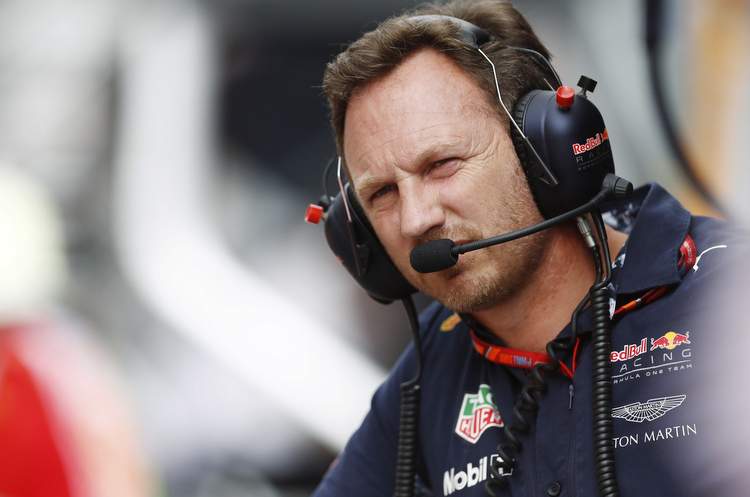 Red Bull team principal Christian Horner has slammed the owners of Silverstone, saying they created the financial trouble that threatens the future of the British Grand Prix.

Horner — a member of the track’s owners British Racing Drivers Club (BRDC) — was scathing about the club’s announcement on Tuesday they were exercising a break clause in the 17-year contract to host the Grand Prix, meaning the 2019 race could be the last staged there.

The owners blamed escalating costs under the original agreement signed with former F1 supremo Bernie Ecclestone which came into force in 2010. They are looking for a revised deal with Liberty, the new Formula One owners, who are highly critical of the BRDC’s announcement.

The row has blown up in the days leading up to this weekend’s Grand Prix at Silverstone which will see home favourite Lewis Hamilton endeavour to hit back in the race for the title which sees German Sebastian Vettel leading by 20 points.

Horner, in charge of Red Bull since 2005, told journalists that BRDC entered into the agreement in 2010 fully conscious of the terms.

“I am amazed that they have triggered their break clause,” said Horner, who oversaw Red Bull’s four successive constructors championships from 2010 to 2013.

“Silverstone signed a contract in 2010, and they knew what they were entering into at the time. They have now realised that they can’t afford it despite having a full house every year.

“They either should not have signed it in the first place or they got their maths wrong.”

BRDC say it is financially crippling to host the race — which unlike others on the circuit does not receive government support.

“This decision has been taken because it is not financially viable for us to deliver the British grand prix under the terms of our current contract,” BRDC chairman John Grant said.

“We have reached the tipping point where we can no longer let our passion for the sport rule our heads.”

Their announcement prompted a sharp riposte from Formula One.

“The week leading up to the British Grand Prix should be a week of great celebration for F1 and Silverstone,” a Formula One spokesperson said.

“We deeply regret that Silverstone has chosen instead to use this week to posture and position themselves and invoke a break clause that will take effect in three years’ time.”

“We offered to extend the current deadlines in order to focus on everything that is great about Silverstone and Formula One.”

Silverstone’s strategy may yet fail as Liberty chairman Chase Carey told the BBC earlier this week there were other parties interested in hosting the race.

‘The Times’ claimed one of the possiblities is it being raced in the Docklands area in east London.

However, London Mayor Sadiq Khan it is said would consider the pollution ramifications if approached formally about such a possibility.