Ecclestone: I would be surprised we lose Silverstone 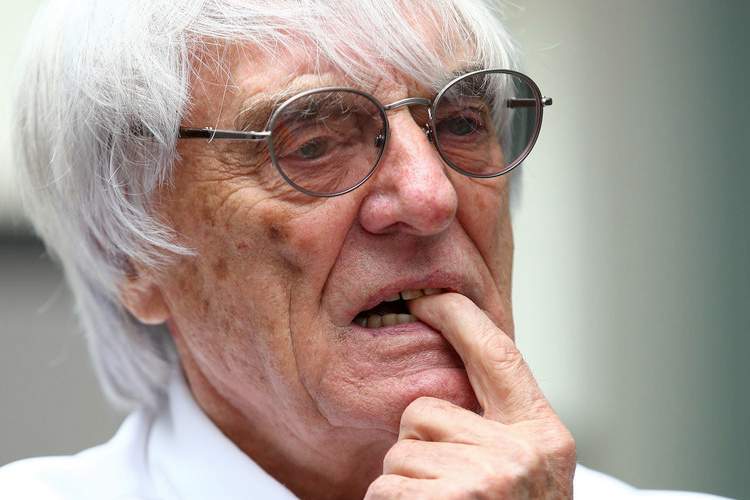 Deposed Formula 1 supremo Bernie Ecclestone believes Silverstone will stay on the grand prix calendar even if, as expected, the circuit’s owners activate a break clause in their contract this week.

The 86-year-old did the original deal with the British Racing Drivers’ Club (BRDC) that runs until 2026 and includes a break clause from 2019 that has to be exercised two years in advance.

“I would be surprised if eventually we lose Silverstone,” he told Reuters at the Austrian Grand Prix. “It’s a good event. And it probably falls into line much more with the way Liberty want to see Formula One go, in that direction.”

An announcement by the BRDC is expected on Tuesday or Wednesday, ahead of the British Grand Prix at the former World War Two airfield.

United States-based Liberty Media, who took over the sport in January and moved Ecclestone aside into an undefined ‘chairman emeritus’ role, have said that they want to protect Formula One’s traditional European races.

Silverstone hosted the first world championship grand prix in 1950 and Britain, home to a majority of the 10 teams as well as triple world champion Lewis Hamilton, has been on the calendar every year since then.

Sean Bratches, the sport’s new commercial managing director, last week described Silverstone as ‘one of the jewels in the crown of Grand Prix racing’.

The BRDC has indicated that activating the break clause would allow them to negotiate a better deal than the current one and steer clear of the ‘potentially ruinous risk’ of hosting fees that rise every year.

Ecclestone said Silverstone, who pay less than most other circuits on the calendar, had got “a very good deal”.

“I’m surprised they can’t make it work, that’s all,” he added.

“At the moment there isn’t anywhere else. There may well be in a couple of years’ time. But if they are losing all the money, which is what they say they are doing, they can’t continue can they? Because somebody has to pay.”

McLaren’s executive director Zak Brown suggested at the weekend that Liberty should buy Silverstone but Ecclestone smiled at that suggestion.

“It’s like all these people with ideas who don’t really know what they are talking about,” he said, adding that he had made an offer in the past.

“The BRDC. Just too much confusion,” he said when asked what had stopped him. “They wanted all sorts of things. Anyway, it couldn’t happen.”

Big Question: How important is the grand prix at Silverstone for Formula 1?