Brown: We want to give Honda as much runway as possible 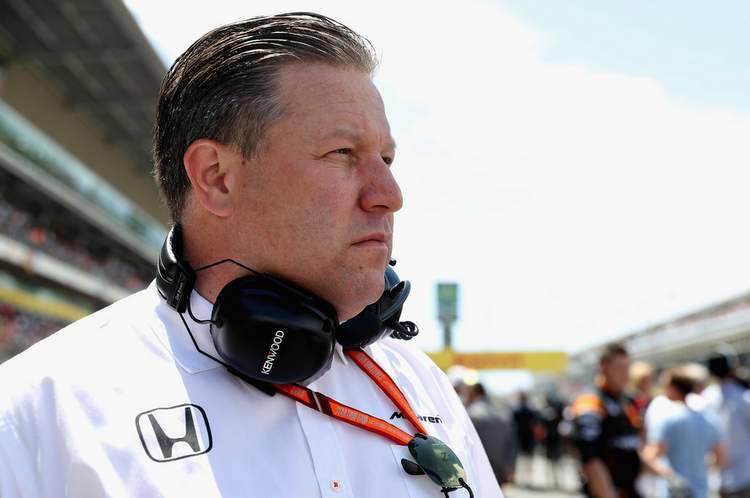 McLaren say it is essential that they have a competitive engine next season but at the same time are prepared to give Honda as much time as possible before deciding whether to remain in the partnership or split-up.

The Formula 1 team’s executive director Zak Brown told reporters at the weekend’s Austrian Grand Prix that there were signs of improvement but time was pushing on.

“It’s still very much a work in progress,” said the American. “We need to figure out our relationship with them moving forward, soon. You start getting in to next year’s car (design) in the next few months and what we have to have is a competitive engine for next year.”

“They’re working hard on it and doing some things that are for them to speak about to make those improvements. So we want to give them as much runway as possible to get there.”

McLaren, the second most successful team after Ferrari in terms of race wins, are bottom of the standings as they approach the midpoint of the season at their home British Grand Prix next weekend.

Neither two times world champion Fernando Alonso nor Belgian rookie Stoffel Vandoorne was able to add to the meagre tally of two points, despite qualifying a more encouraging 12th and 13th at Spielberg.

While Alonso was punted out at the start in a three-car crunch, Vandoorne finished 12th and collected a late drive-through penalty for ignoring blue warning flags.

Brown warned last month that McLaren and Honda were reaching a ‘fork in the road’ with the Japanese manufacturer looking “a bit lost”.

“As far as their enthusiasm to address the issue, that’s been there from day one but it’s a results-oriented business,” he said in Austria. “We do like what we’re seeing and what they are telling us about how they are going about addressing some of the issues.”

Asked directly whether the threat of a parting of the ways had receded somewhat, he added: “I would say our position hasn’t changed on our requirement to have a competitive situation next year.”

Honda brought an upgraded Spec-Three power unit to Austria, although Alonso reverted to the previous specification when a problem with a motor generator unit was detected.

Big Question: Why have McLaren changed their tune towards Honda of late?