Morning After: Bottas surprises everyone 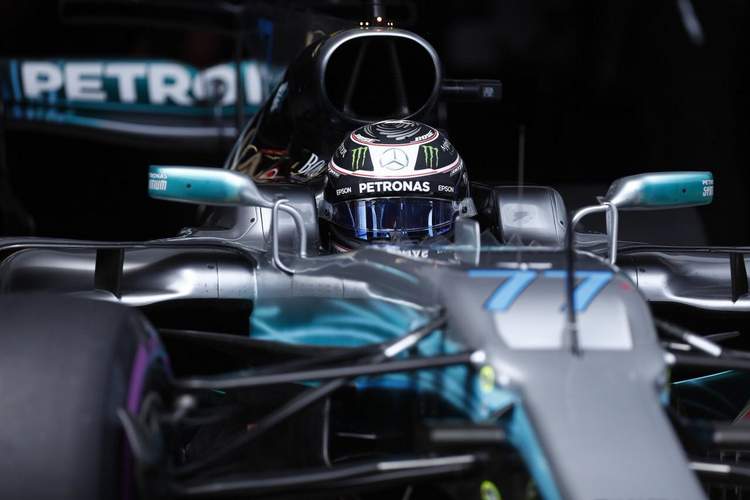 Just when you think it’s set to be the Lewis Hamilton-Sebastian Vettel show once again, here comes Valtteri Bottas.

Outpaced by the two championship leaders all weekend, Bottas managed to surprise just about everyone, taking his second pole of the season if not with raw speed, then certainly with superior composure. From the on-board footage of his lap, it’s clear he didn’t have a perfect car by any means, but he was able to keep the oversteer in-check, and deservedly finds himself on pole.

Of course, now he’s got a big dilemma on his hands: win the race, or do the P8 Hamilton a favour and try and back Vettel up. Just kidding, although some of the discussion post-qualy seemed to suggest the latter is a reasonable option. Can’t the man just drive in peace?

Not to pile the pressure on, but a win here could have Bottas well-and-truly back in the title fight. How he responds will be very interesting indeed.

From a very good to very bad weekend, the one pole Lewis Hamilton needed was the one he couldn’t get.

Qualifying third after a less-than-perfect Q3, Hamilton will start not just behind the all six drivers of the “big 3” teams, but the Haas of Romain Grosjean and Force India of Sergio Perez as well. Smash cut to Hamilton furiously googling “how to do a rain dance”.

On the bright side, he’s proven his ability to fight through the field here before, and having finished Q2 on supersofts seems primed for the best dry tyre strategy (see below), but this is a far tougher pack of cars to pass here than in previous years. Even putting aside the more disruptive aero, he’s going to have a fight on his hands to get past the likes of Red Bull. Maybe that brings out Hamilton at his banzai best – we can only hope!

Speaking of Romain Grosjean, it was nice to see him back in the top 10, even if it finished in less-than-ideal circumstances. It does make you wonder though, is it the driver that’s temperamental, the car, or both?

The sneaky-dismal season continues for Stoffel Vandoorne, who was out-qualified by Fernando Alonso with the old spec-2 engine. Not a good look.

The less said about “handshake-gate” the better.

As of this writing there is a 58% chance of rain at the race’s 1pm start time, with “a couple of thunderstorms” expected throughout the day. Interesting…

The thoretical quickest pit-stop strategies predicted by Pirelli are as follows:

THE SECOND QUICKEST (very close) One-stopper: 1 stint on ultrasoft for 18 laps + 1 stint on soft to the flag

THIRD CHOICE (slower) One-stopper: 1 stint on ultrasoft for 29 laps + 1 stint on supersoft to the flag

All two-stoppers would be even slower.