Ricciardo: We don’t have the car to challenge Mercedes or Ferrari 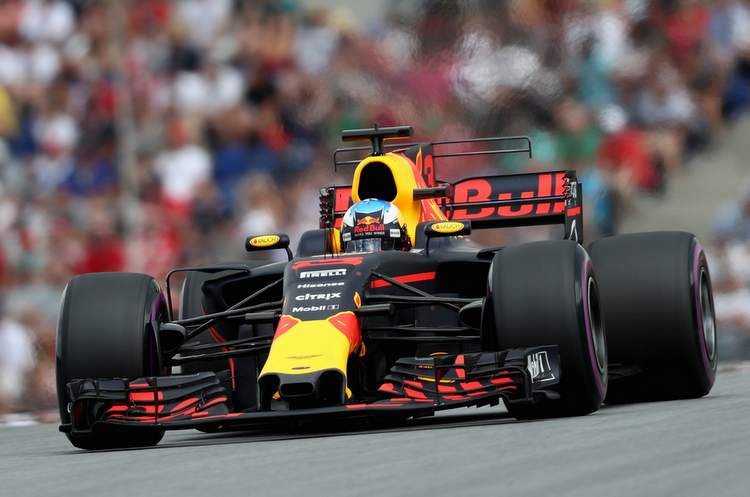 Daniel Ricciardo qualified fifth for the Austrian Grand Prix, although the Red Bull driver believes he might have mixed it up with the up with the pace setters, he concedes that Mercedes and Ferrari are ahead of the game.

Speaking after qualifying at Red Bull Ring, the big smiling Aussie said, “I thought I could have improved a bit more to be honest. The first sector on my fastest lap was not perfect so my guess is that I could have gone quicker – a bit.But I think there are a few people who are in that mode!”

“When I look at Kimi’s time I think I could have beaten it, but then probably he improved as well. So making a long story short: it was the best I could do position-wise.”

Last time out in Baku, Ricciardo sprung a surprise when he survived the mayhem to post his first win of the season. But Red Bull’s home track was always going to be a challenge for his team who do not have the power available match title contenders.

He acknowledges, “We are getting there. I think our car has been pretty good in the medium high-speed sections this weekend. So let’s see also what Silverstone will hold for us.”

“It is pretty similar to here in terms of high speed corners – but there are also some long straights as well, so my guess is that we will get a bit closer to both the front teams there.”

“Looking ahead I would also say that in Budapest we should look pretty good as the circuit suits us and we will bring a couple of updates! It is a bit like last year: by the end of the first part of the season we seem to find some real speed from the car. I feel the trend is very similar to 2016.”

As for his chances for the race, in the hills of Spielberg, on Sunday, Ricciardo said, “I hear that it might rain – that should help. Otherwise we don’t have the car to challenge Mercedes or Ferrari – but we definitely have a better car today than yesterday! We are very good on tyres in the race, so let’s see what happens.”

Ricciardo lies fourth in the championship after eight rounds, but he plays down his chances of another upset, “Here you see that we lose out on the straights but get closer in the corners. That is what I can offer as explanation. The bottom line is that we still miss some pace.”

Big Question: Can Ricciardo spring another Baku-style surprise in Austria?