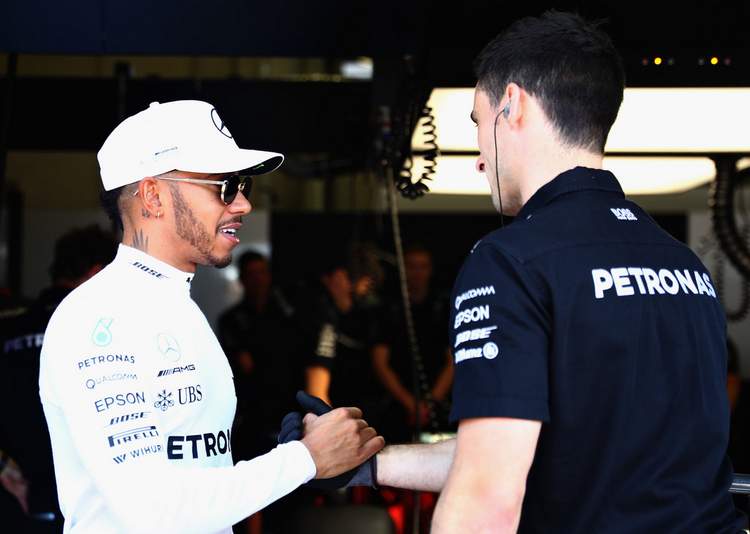 Lewis Hamilton made pole the goal after dominating the first day of free practice of the Austrian Grand Prix weekend, and most ominously for his rivals he described his Mercedes “fantastically fast” around the Red Bull Ring.

The triple Formula One world champion has been on pole position at the Red Bull Ring for the past two years and is favourite for the hat-trick to move closer to Michael Schumacher’s all-time record of 68.

Hamilton is currently on 66, meaning another in Spielberg on Saturday would set him up to equal the record at Silverstone, his home British Grand Prix, next week.

“The goal is pole,” he told reporters after twice lowering his own circuit lap record during the day’s two sessions. “But it’s still going to be a tough race on Sunday for sure.”

Hamilton, winner in Austria last year, is 14 points behind Ferrari’s championship leader Sebastian Vettel after eight races but still has a good chance of going into the August summer break in the lead.

Vettel, who like Hamilton has won three times so far this year, was only 0.147 seconds slower than his rival on Friday and Ferrari have a habit of closing the gap by the time Sunday comes around.

But Hamilton said all looked promising, even if there were still some ‘driveability issues’, and the team had started out in a good place with the balance of a car that team boss Toto Wolff has called ‘a bit of a diva’.

“We had to swap out a spark plug during FP2 (the second session), but the guys did a great job to turn the car around and we still managed to complete our programme,” said Hamilton.

“Most importantly, the car feels fantastically fast here. There’s already a nice balance and it feels good out on track. This car is so quick in comparison to what we raced here last year. It’s tricky, but a proper thrill to hook up a lap.”

Hamilton said a ‘road rage’ furore that flared up after the race in Azerbaijan two weeks ago, with Vettel having steered at him and banged wheels after driving into the Mercedes behind the safety car, had not affected his concentration or calm.

“I have been training, keeping my head down, staying focussed and staying quiet and making sure I came here healthy and strong so we can fight,” he said.

“These two weekends are important, I lost points in the last race and I want to reverse that. These next two are an opportunity.”