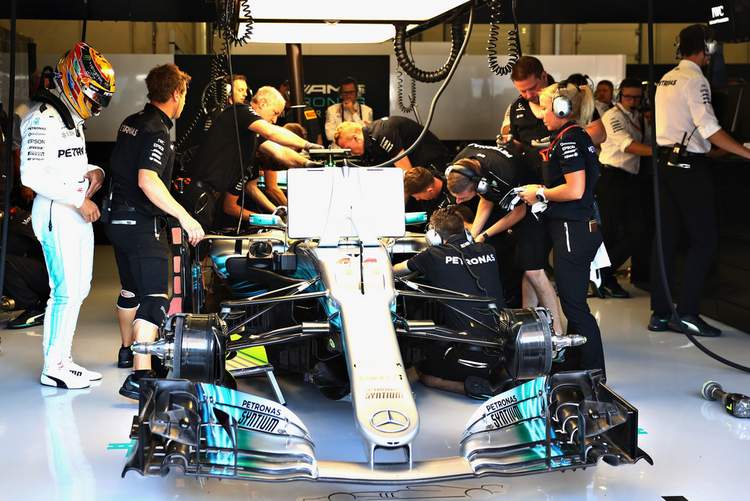 The drop means he cannot equal Michael Schumacher’s all-time pole position record of 68 at his home British Grand Prix next week. Hamilton is currently on 66 and had been favourite to take the top slot in Austria.

Although he topped both practice sessions on the first day at red Bull Ring, in FP2 Hamilton told his engineer over the radio: “I still have the issues with power. Something doesn’t feel right.”

A Mercedes team spokesman said the gearbox problem resulted from the previous race in Azerbaijan.

CONFIRMED: @LewisHamilton will take a five-place grid penalty for the #AustrianGP after a gearbox change @F1 pic.twitter.com/1gua4HQ0g3