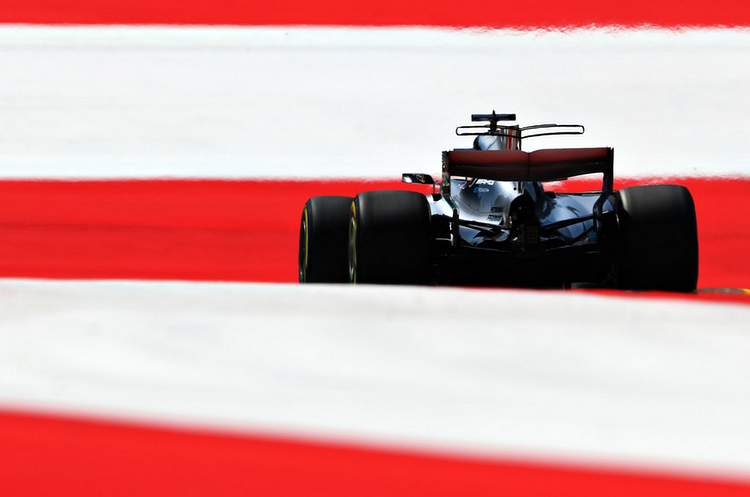 Hamilton, the only driver on the current grid to have won in Austria following the retirement of 2016 champion and team mate Nico Rosberg, swiftly demolished the lap record he set last year.

The Briton then lowered his morning time by another half second in the afternoon to end the day with a best time of 1:05.483 seconds.

In changeable conditions in the scenic Styrian hills, with bright sunshine mixed in with the occasional rain shower, four times world champion Vettel was second on the timesheets with a lap 0.147 of a second slower than Hamilton’s.

The only glitch for the Mercedes driver was to come in to the pits briefly for a spark plug change during the session, but Hamilton said over the radio: “I still have the issues with power. Something doesn’t feel right.”

In the other Mercedes, Valtteri Bottas was third fastest in both sessions, with Red Bull’s Max Verstappen, who was second in FP1, dropping back to fourth in the afternoon after being sidelined early in the session with a brake problem, but complained that his tires were “all over the place” in the afternoon.

Mercedes have won every year since Austria returned to the calendar in 2014, after being absent for a decade, with Hamilton triumphant in 2016.

The Briton and his Ferrari rival have been closely matched on race pace, with each winning three grands prix so far this season.

Red Bull’s Azerbaijan race winner Daniel Ricciardo and Ferrari’s Kimi Raikkonen were fifth and sixth in both sessions on the day, on a say in which grip was very much at a premium as a result numerous drivers survived spins or off-track moments.

Kevin Magnussen was a strong seventh for Haas, ahead of the improved McLaren of Fernando Alonso in eighth, followed by Renault’s Nico Hulkenberg ninth and Haas’s Romain Grosjean completed the top ten.

Both Toro Rosso cars failed to finish the afternoon session. with Carlos Sainz going off track early on and Daniil Kvyat rolled back to the garage with flames jetting out from his left rear wheel/brakes.