Sainz: A fourth year in Toro Rosso is unlikely 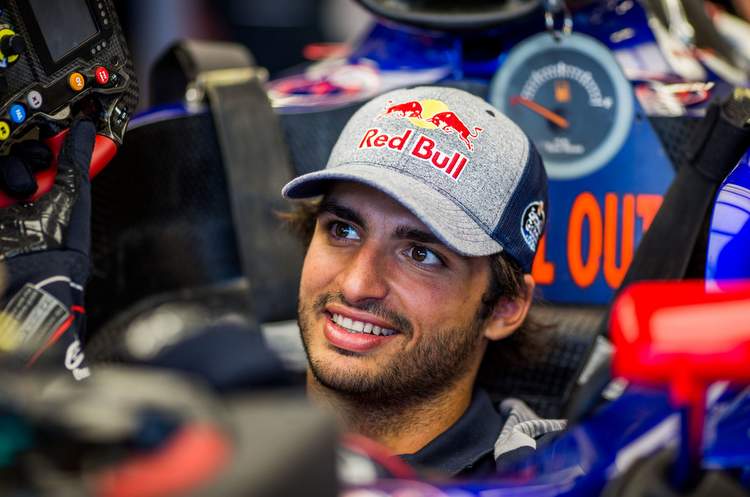 Toro Rosso driver Carlos Sainz has revealed that he was unlikely to stay at the Red Bull junior next season and was open to offers.

“It’s still a very long season ahead, obviously rumours are always going to come at this stage,” he told reporters at Red Bull Ring when asked about speculation that other teams were interested in securing his services.

“My target number one is to be with Red Bull next year and start fighting for podiums, wins or whatever they are fighting for next year. I am going to keep pushing for this,” added the 22-year-old.

“If that doesn’t happen, obviously a fourth year in Toro Rosso is unlikely and I’m not going to close the door to any opportunity.”

Verstappen graduated to Red Bull in 2016, swapping seats with Russian Daniil Kvyat and winning the Spanish Grand Prix on his debut with them, and has become one of the sport’s established stars.

Sainz has had a less meteoric rise but is also highly rated. He was one of several drivers that Mercedes enquired about when they were casting around for a replacement for retired 2016 champion Nico Rosberg.

Past Toro Rosso drivers, including four times world champion Sebastian Vettel and Australian Daniel Ricciardo, have historically been moved upwards or out by the team to ensure a steady flow of talent.

With Verstappen under a long-term contract at Red Bull and Ricciardo also locked in, Sainz’s chances of moving up appear limited.

The Spaniard has scored points in six of his eight races this year and now has 29 points to Kvyat’s four.

“I think I’ve got to a point now where I feel very confident with the team and the car,” he said. “The season is going very positively up until now.

“I’m definitely ready to take a step forward in my career. I’m looking forward to it. I’m ready. As I said before, I’m not closing any doors, and we will see,” insisted Sainz.

Big Question: Does Carlos deserve promotion to Red Bull or a move to a big team?