Perez: What happened in Baku was totally unacceptable 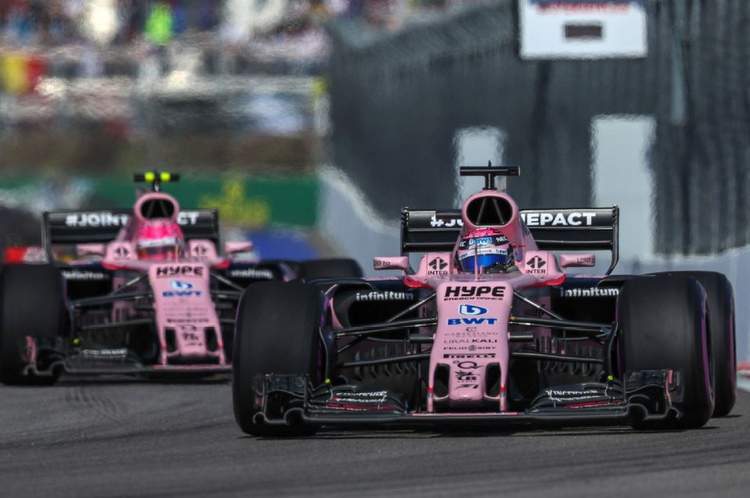 French Formula One rookie Esteban Ocon needs to change his attitude and understand what racing is about, Force India team mate Sergio Perez said on Thursday as tension between the two showed no sign of easing.

The pair collided in the Azerbaijan Grand Prix on June 25, costing both a likely place on the podium and the team plenty of points.

Force India have reminded both that the team comes first, with Baku following a row in Canada when Ocon was angry that Perez had not given way. The drivers have yet to clear the air.

Mexican Perez left no doubt about his lingering annoyance when he spoke to reporters before Sunday’s Austrian Grand Prix, pinning the blame on the 20-year-old – who refused to accept it.

“I think what happened in Baku was just totally unacceptable from the team point of view,” Perez said.

“I think simply Esteban has to understand what racing means. Racing means just racing another car, not crashing into the other car.

“If you just push your team mate into the wall then that’s not the right thing. I expect him to be intelligent enough to understand what he did wrong and change a bit his attitude for the benefit of the team.”

Perez was defending third place from Ocon when they collided after a safety car re-start, with the Frenchman suffering a puncture and car damage. He finished sixth while Perez had to retire.

Ocon said he had flown to the team’s Silverstone factory directly after the race for a debrief that concluded the incident had been 50-50.

The Frenchman saw no need to change his approach and bristled at the suggestion he did not know what racing was about.

“I’ve been finishing more than 40 single-seater races in a row, I am European champion and GP3 world champion so I don’t think I’m really lacking experience either on racing or wheel-to-wheel fights,” he said.

“I am not going to change my attitude. I think it’s been working well since the beginning of the year together with the team and the way we work. The only thing I think we will change is just to be careful on what we do when we race,” added Ocon.

Big Question: Is Ocon vs Perez going to get juicy?