Bratches: Optimistic a solution will be found for Silverstone 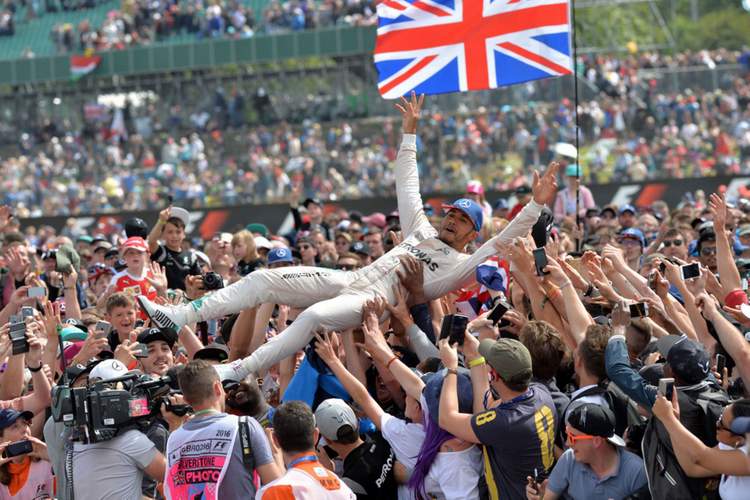 Formula 1 bosses expect British Grand Prix organisers to activate a break clause next week, leaving the country in danger of dropping off the world championship calendar from 2019 if a new deal cannot be done.

A source close to the commercial rights holder said Formula One Management had offered to take over the race for five years, absorbing annual losses of between two and three million pounds.

The offer, and another to delay the deadline to the end of the month to allow more time for negotiation, had proved insufficient.

They have argued that the break clause would allow more favourable terms to be reached.

Silverstone, which hosted the first Formula One world championship race in 1950, has a contract to 2026 with a break clause from 2019 that has to be exercised two years in advance.

First practice for this year’s race starts on Friday next week, with the teams competing in Austria this weekend.

Sources on both sides told Reuters that an announcement was likely on Tuesday, the day before a big event involving Formula One cars, teams and drivers in central London’s Trafalgar Square.

Formula One’s commercial managing director Sean Bratches, appointed after Liberty Media took over the sport in January, said the new owners recognised Silverstone was one of the “jewels in the crown”.

Even if goodwill has been eroded, he expressed optimism that Britain would on the calendar.

“We have great ambition for the sport, and are determined to raise the bar as fans expect more from their race weekend,” Bratches said.

“We need promoters who share that vision. We have three years to achieve that objective and are optimistic that a new fan-centric solution can be found.”

A Silverstone spokesperson said on Monday that a final decision had not been taken.

Media reports have indicated Silverstone will have to pay nearly 17 million pounds ($22 million) to host the race this year, rising to 26 million by the end of the contract.

That is still far less than most other venues, many of which receive state backing.

Next Wednesday’s event in London is aimed at raising the profile of the sport ahead of a race that drew a Sunday crowd of 139,000 last year and is a home grand prix for triple champion Lewis Hamilton.

While the programme has been kept tightly under wraps for security reasons, team sources expected drivers would do a number of demonstration runs.