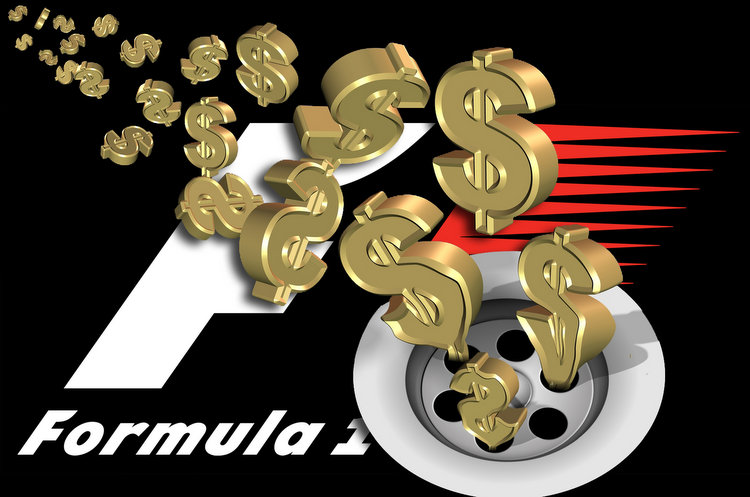 McLaren scored their first two points of the season at the recent Azerbaijan Grand Prix, but the two points scored on the day cost the team over €225-million which is by far the least effective ‘points for bucks’ of all Formula 1 teams.

McLaren have a reported budget of around €450-million for their current campaign which is the third biggest on the current grid only topped by Ferrari and Mercedes.

But the title contenders are among the most cost effective operations this year with Mercedes half a billion euro budget scoring them points at just under €2-million per point, while Ferrari’s budget of €473 million earns them a point for every €2-million they spend.

Sauber with their customer Ferrari engines, with €91-million in their coffers, have the smallest budget of all teams contesting the 2017 championship, but their five points scored thus far have come at the cost of 18-million per point.

The big winner in the money spent for points earned study is Force India, whose budget of €145-million is the seventh biggest of the ten teams, but their points come in at a ‘bargain’ of €1.8 per point.

The ten teams contesting this year’s championship are collectively spending over €2,7-billion during the course of this season.

Formula 1 teams’ cost per point after eight rounds of the 2017 world championship season: 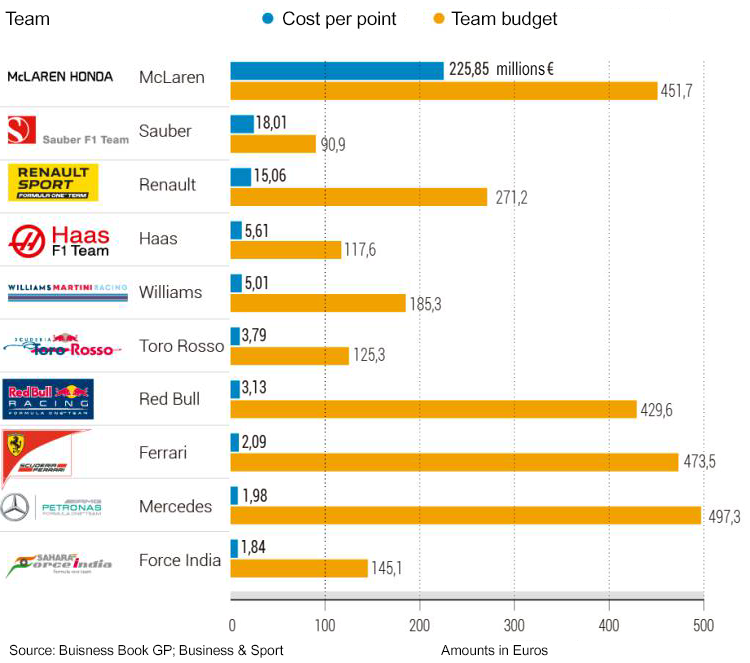 Big Question: Is the cost of running a successful Formula 1 team out of touch with reality?