Marko: Verstappen win in Spain a highlight of my career 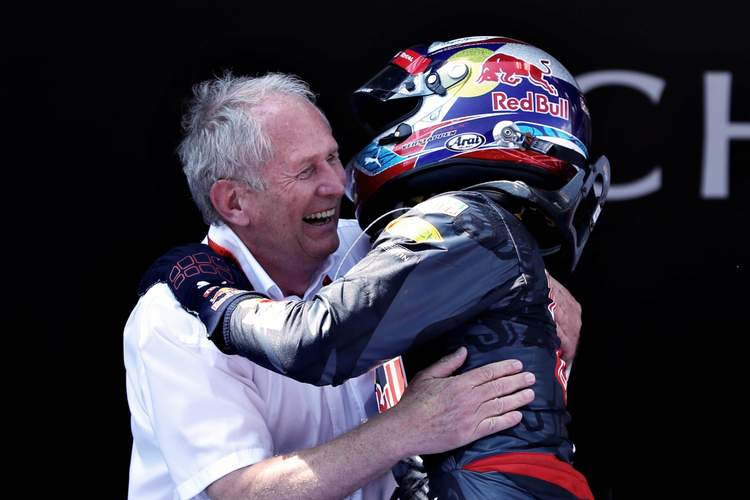 During an interview with the official F1 website, Marko was asked what was his best moment in the sport, he replied, “I would probably have to pick three: winning Le Mans – that was a big moment. Winning the first championship with Sebastian Vettel for Red Bull.”

“And, believe it or not, last year in Barcelona when Max (Verstappen) won the race. I was called mad for putting him in the car, even within the team – and then he goes out and wins!”

Indeed before that day in Barcelona, when teenager Verstappen created history by becoming the youngest ever race winner in Formula 1, many questioned the Dutchman’s state of readiness for the promotion to Red Bull – engineered by Marko.

Any question mark regarding the decision was erased on the day with a fine performance in his Red Bull debut. No one could have scripted a better arrival in the team for Verstappen.

Marko is a powerful individual in Formula 1 for the fact that he is in charge of Red Bull’s driver development programme and was instrumental in steering the likes of Sebastian Vettel, Daniel Ricciardo and now Verstappen to great success at the pinnacle of the sport.

But he also had a very impressive career in the seventies as a race driver. Inspired by close mate and fellow Austrian Jochen Rindt, Marko’s foray into the sport included racing for the Porsche factory team, winning the 1971 24 Hours of Le Mans with Dutchman with Gijs van Lennep, driving a Martini-Porsche 917K.

He said, “F1 was always the goal. But besides Jackie Stewart all the other drivers were driving sportscars and Formula 1. But it’s true: the 917 was a real challenge.”

“I have visited the Porsche Museum recently where the car with which I won is on display – and when I looked at the construction I could not believe that we drove at 390 km/h on the straights at Le Mans. The car looked so fragile. So I was really lucky having survived this era.”

He made nine grand prix starts with BRM in 1971 and 1972, but during the 1972 French Grand Prix at Clermont-Ferrand, a stone thrown up by Emerson Fittipaldi’s Lotus pierced Marko’s helmet visor, permanently blinding his left eye and ending his racing career. At the time he had inked a deal to drive for Ferrari in 1973.

A promising career was thus curtailed what might have been a great spell in Formula 1, but at the same time his demise allowed a certain Niki Lauda to seize the opportunity created by Marko’s ill-luck.

At the time many believed Marko to be more talented than Lauda, but it was the latter who became the Formula 1 legend.

“I don’t have a problem with that,” explained Marko. “Niki got my seat at BRM. Niki got the contract with Ferrari that I originally had, but I am not envious.”

“We still have a good relationship. And do I ever think: Wow, actually that could have been me? No, I am not a dreamer.”

“Actually it was me who went with Niki to Mr Enzo Ferrari when he first met him. It was a very impressive visit: you came into this dark room, with him sitting there with even darker glasses on. It was very mysterious,” he added.

Marko is known for his no nonsense views, which do not always go down well with media and fans, but he is equally dismissive of his own achievements during the sport’s most dangerous era.

Asked if he ever taps into his own experience when advising young drivers, he responded, “The times are so different now that stories of the cars I drove in the old days would be a waste of time. What I talk with them about is that you have to be competitive, be completely focused and so on.”

And do the drivers he managed know about his exploits as a race driver, he answered in typical style, “I don’t know. I don’t ask them.”