Kubica: I can do it let’s go for it 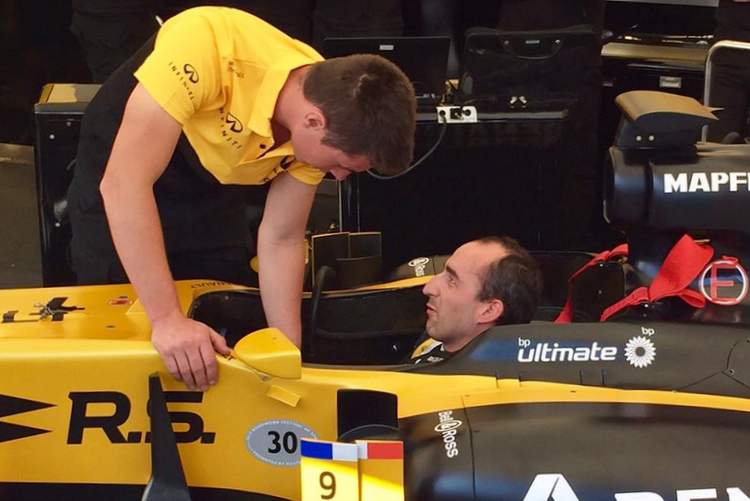 Robert Kubica says his chances of a Formula One comeback have risen to “80 or 90 percent” after a test with Renault at Spain’s Valencia circuit last month.

The 32-year-old, the only driver from Poland to win a grand prix, left Formula One in 2011 after a rallying accident that partially severed his forearm.

He had been one of the sport’s brightest prospects, with a likely move to Ferrari on the horizon.

“If you asked me (before the test) how much I was realistically thinking that coming back to F1 was possible, I would have put myself up to 10 or maximum 20 per cent chance,” he told Britain’s Auto Express.

Kubica completed an impressive 115 laps in Valencia in a 2012 Lotus, with the test carried out in considerable secrecy, and said he had been stunned by how well it went.

Media reports indicated he was faster than Renault’s Russian test driver Sergey Sirotkin while his simulator times were on a par with German race driver Nico Hulkenberg, who has scored all the team’s points so far this season.

The BBC said Kubica would be testing again with Renault, although there was no confirmation from the team.

There has been speculation that Kubica could be in the frame to replace Britain’s Jolyon Palmer, who is having a difficult season and is yet to score a point in eight races.

Kubica said his fitness was better than ever, despite the limitations of his arm, and Valencia had been one of the best days of his life.

“If I get the phone call, I don’t have to think about it or say: Hmm, maybe I can’t do it. I will reply: Yes, I can do it. Let’s go for it,” he said, while not wanting to hurry anything.

“I cannot step straight into racing F1. I won’t do it. It’d be crazy. If someone called me and asked me to race next week, I wouldn’t do it. It’s not because I don’t feel I’m capable of doing it; I just feel that I cannot rush,” he explained.

“It would be a difficult call to say no, of course, but after the accident I worked a lot on my mental comfort, my mental zone, and these months have been the happiest months of my past six years,” added Kubica.

Big Question: Does Robert deserve another crack at F1?