Inside Line: The type of comment that gets you banned for life 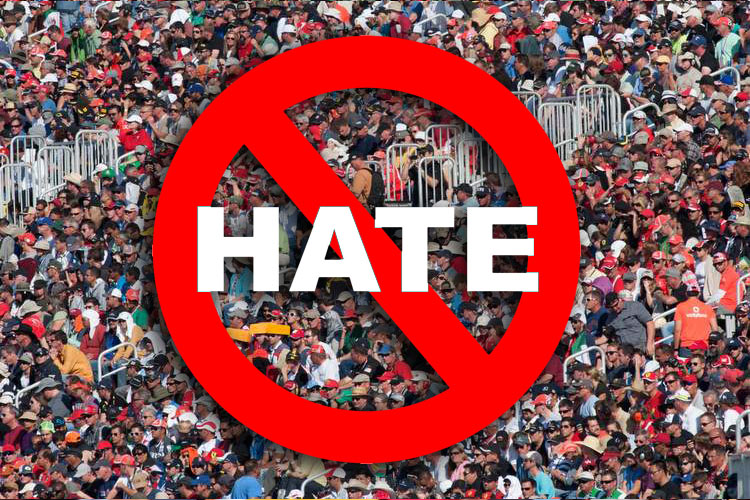 In the wake of the Battle in Baku and the now infamous ‘road rage’ incident I have been forced to ban a few rogue readers who have transgressed the basic rules of decency that we impose on those much appreciated readers who use the comment section to put forward and debate their views.

First I must point out that hate comments and trolls are such an epidemic that many prominent news sites have simply disabled the option to engage with readers as the task of monitoring comments is a massive undertaking, which these sites do not have the resources to monitor constantly.

I have avoided killing to comments section because I believe that what readers have to say is important and also adds to the media experience in this modern age.

Although I scour the comments section of this site daily, but I must point out that it is a monumental task to keep things orderly and admit that I depend a great deal on the vigilant readers that take the time to highlight unacceptable remarks.

Once a dubious comment is highlighted the history of the writer is investigated and if the flavour is one of constant breaching of the basic rules on here, then he/she is blocked. Most of the times an email to the writer detailing the error of their ways suffices.

Normally the rule of thumb is three strikes and you are out, but on the other hand there are some that have been warned but continue on their belligerent path or those who write something that is blatantly unacceptable – resulting in an instant no questions asked ban.

The comment by a reader who hides behind the moniker FerrariFan stepped out of line with a racist remark that was unacceptable and resulted in an instant and permanent ban from commenting on this site.

Would he call Lewis a half breed to his face? Needless to say the above comment raised the ire of many readers and for me it was a no brainer to instantly pull the trigger. FerrariFan is banned for life on here.

Another one whose ban needs no explanation:

Calling a driver – Sebastian Vettel in this case – a monkey is unacceptable. Would this brave chap say it to Seb’s face? Another one who had to go.

Truth is there as some very tenacious trolls out there who tend to try circumvent a ban by registering another account and try return to their shenanigans under the new nickname, but these are easy to spot as their modus operandi is simple to detect: get a ban, setup new account and resume commenting under the alias, but the Disqus admin allows you to track the IP and also shows the comment count.

Thus a guy who has one or two comments and returns to spew his/her usual diatribe is easy to catch and ban once again. They eventually lose interest and I am sure go elsewhere to indule their delusions.

The point of this piece is to again highlight the basic conditions for commenting on here. Link at the foot of this article to remind those of the conditions one should adhere to if they wish to be part of this community of F1 aficionados.

To summarise the zero tolerance stance we take, in no particular order:

A simple rule of thumb to ask one self when writing a comment is: would I say this to the person face-to-face without sparking a fist fight.

In closing I have to say there are times when I face-palm myself when I read some of the stuff that people write on here. The hate, aggression and petulance is astounding at times. Scary too that there so many people with obvious anger issues and maturity meltdowns.

After all this is a sport! In the bigger picture of things Seb banging into Lewis is trvial when you consider the ‘real’ stuff that happens on this planet on a daily basis that indeed should generate rage and hate.

Child slavery, wars all over the place, never ending famine, horrible poaching, cruelty to animals, obscene hunting the big five – so much to get seriously angry about.

Come on folks sport – in this instance our Formula 1 – should not conjure hatred or the kind of aggro that prevails on sites and news outlets that cover the sport. Passion, emotions are all good – and let’s face it this season is going to be packed with controversy – but there is absolutely no reason and no place for hate on these pages.

Chill, enjoy and keep it clean! Thank you.

Letter from the Editor: Keeping the comments civil