Eddie Jordan: My job is to tell people what I know 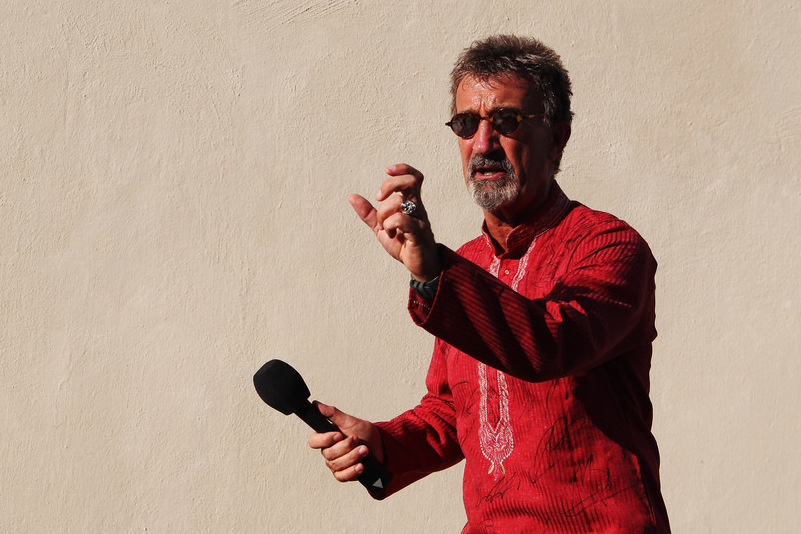 In an interview last month Jordan predicted that Mercedes would pull-out of F1 as a team, “I think [Mercedes] will campaign as a team this year and next year, and then the board of directors in Stuttgart will decide to sell the team and only remain as a Formula 1 engine supplier.”

Since then Wolff has accused Jordan of being a purveyor of fake news, “I told him I’m ready for any banter with Eddie. But for me I stop laughing when it’s about making jokes on the back of 1500 employees that care about their future.”

“And I said it in an interview with him, that this is a too serious a topic for me. We are not leaving F1, none of our sponsors are leaving F1, we are pretty happy where we are. He should just stop putting these rumours – fake news – out in the world,” added Wolff

Jordan has now hit back and told Speedweek, “I’ve never claimed that they are pulling out of Formula 1. I said that Mercedes is represented in this sport for marketing reasons and technical considerations, not for charity. And they will depart whenever it suits them. I do not think I mentioned a date. I just said that contracts with Petronas and UBS will expire in 2018.”

“I can understand Wolff is angry about it, but that’s not my problem. That’s life. We have to look at it from a different perspective. He speaks of 1500 employees at the racing team. I speak of thousands of shareholders.”

“This decision will be taken by the [Mercedes] board. And they will decide what is best for the company. If they find that these investments are no longer justified, then they will be gone as a factory team.”

“My job is to tell people what I know. And that is exactly what I will continue to do. I have no problem with anyone. I can go into any motorhome in the paddock. If someone thinks I should not, then they should tell me directly,” added Jordan.

Jordan: Mercedes will probably pull the plug at the end of 2018

Big Question: Is Eddie a purveyor of fake news or doing his job?