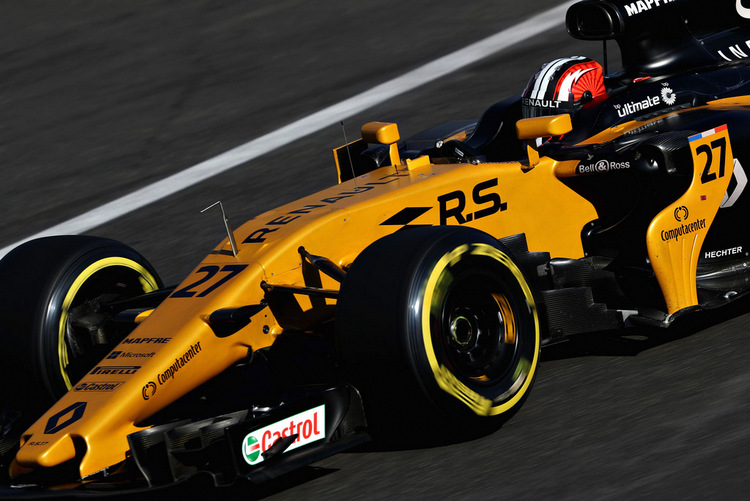 Renault preview the Austrian Grand Prix, Round 9 of the 2017 Formula 1 World Championship, at Red Bull Ring.

Foreword from Renault Sport Racing Managing Director, Cyril Abiteboul: “The Austrian Grand Prix comes at a critical point of our season and it’s important that we go there in determined fashion. We need to be resolute to put aside the disappointment of Baku, be in a position to strive for a points haul in Spielberg and eager to meet our targets for the season by getting back on the right track.

“Azerbaijan left us with a bittersweet feeling. Results and reliability were disappointing, even more so it doesn’t correlate with the amount of work accomplished from the engine perspective, although Daniel Ricciardo’s win does show the progress. For Renault Sport Formula One Team, there is frustration since Montréal. We feel the car is much more competitive and that was experienced right from the start of the weekend in Baku. Unfortunately this didn’t translate into points.

“In Baku Nico did a fine job in the race, staying out of trouble before and after the red flag, but the slightest of misjudgements put an end to his charge. Jolyon, meanwhile, was up against it after missing out on qualifying and had to retire seven laps in. The team in Baku did a great job on both cars, especially Jolyon’s, by giving him a chance to be in the race, but ultimately we fell short.

“Looking to Austria, we are confident. We will start to see further improvements on the car and we aim to make a fresh and positive turnaround in Spielberg. We are fully committed to ensuring we get to the right milestones and to catch-up on lost points from Baku.

“Austria and Silverstone are the first European back to back races of the season. They are exciting circuits with passionate and energetic supporters to match. The fans witnessed a great show in Baku and we hope it will be the same in Spielberg and that Renault Sport Formula One Team gets back in the points.

“I would also like to extend my congratulations to Academy member Christian Lundgaard who took a hat-trick of wins in the Spanish F4 Championship.. Our Test Driver Nicholas Latifi also had a positive weekend as he took two third place finishes in the Formula 2 support races in Baku.

“It’s important now that we add to this success. Our season goals are unchanged. We want to be sixth by the mid-season break and fifth come Abu Dhabi in November. Therefore, it is vital we pick ourselves up and push on for some points in Austria from both cars. It is about regrouping, working hard together, concentrating, putting our issues behind and ensuring we stay positive both in the build-up and during the race weekend.”

Game Plan: After a weekend of highs and lows in Baku, Engine Technical Director Rémi Taffin looks at the state of play in the Power Unit world.

What can we expect from the Red Bull Ring?
RT: It is quite a power sensitive track and it probably will be in line with Baku in terms of performance expectations. We will consolidate the power improvement made for Baku and aim to deliver more. There is no big plan with brand new upgrades, just continual improvement of the entire package. The altitude of the track will be a challenge as the turbo will spin faster to generate the required induction, so that’s something we’ll monitor. Experiencing a trouble-free weekend will bring points.

What’s the post Baku debrief?
RT: In terms of performance we were able to demonstrate on a very power-sensitive circuit that we have made another step forward. This was not through new components, but rather through our continual quest for more power and improvement, concentrating on the details and optimising every element of the package. Nico was fighting to be in the top five when he made contact with the wall, and this was on a circuit with a tremendously long straight and a great appetite for horsepower. It was also good for us to be able to cheer the race winner.

What is also clear is that we did have reliability issues on track; issues which we immediately addressed, but this should not detract from the clear progress which has been made. We have put in place new and better procedures to catch any issues before the cars take to the track and we’re working with great diligence in this area.

For our customer teams, we saw coincidence of issues. The Energy Store issue we have seen has been addressed and the new Energy Stores are to a different specification without this concern. With the ICE, the latest specification addresses the problems we’ve seen to date. In Austria, we have the latest versions of components and we should not see any repeats of previous woes.

Schnitzels and strudels: A minor error proved costly for Nico Hülkenberg in Baku, but the German has set his sights on brushing that aside and going for glory in Austria…

Is Austria almost a second home race for you?
NH: These days, Monaco is a home race for me as that’s the one where I stay at home for the race weekend but Austria definitely has a familiarity about it and it’s a very welcoming event. The atmosphere is very relaxed and lots of German fans make the short trip over the border so yes, it almost feels like a home race for me. I love racing in Spielberg especially with the backdrop to the track, with the Alps; it’s spectacular, and there is an old-school vibe to the circuit which I enjoy.

Do you enjoy the Austrian culture?
NH: It’s mandatory to eat a schnitzel that is for sure! They come from Austria and I absolutely love schnitzels. I also recommend kaiserschmarrn; it’s a fantastic, Austrian dessert, I love it! Spielberg is in the middle of nowhere, there isn’t much around, just lots of fields and cows but also a lot of green which is very pretty and picturesque to see.

How’s the track to drive?
NH: It’s a short track with not too many corners. It’s important not to get a false impression as it’s still very challenging and technical. It has a lot of elevation – up and down – and some tricky corners to match. On paper, it looks easy but actually to get a good lap time it isn’t so simple. It’s about balance, there are some medium speed corners so it will be important to find that and get a decent lap time. Last year was fantastic to be on the front row – I managed to string a good lap together in Q3. It was just a shame not to follow that up in the race!

How do you sum up Baku?
NH: It was a difficult weekend. It was a crazy race; one of those you get every five years. During the red flag we were sixth, things were going well and we were making up places with people crashing, I was just trying to stay alive and out of trouble. Unfortunately, lap two after the red flag, I misjudged the turning into turn seven and hit the inside wall and broke the steering arm. That was the end of my race which was disappointing, we surely would have had a couple of points. That is racing, however, and we will regroup and go again in Austria.

The Hills are Alive: A strong run up the order in Austria last year gives Jolyon Palmer cause for optimism heading to the hills of Spielberg.

What’s the challenge of Spielberg?
JP: The Red Bull Ring is quite a simple track with just nine corners. Putting a good lap together is very important as the lap times are very close and any mistake can really hurt. I like that, though, as the driver can make more of a difference. There are some bumpy zones and some overtaking possibilities, such as turn one and turn two and the long straight joining them. There are some fast corners as well, including the penultimate corner which is pretty quick. Then the last corner has a bit of camber and you need to carry the speed through. It’s a fun circuit in an F1 car as there are some good straights and the tyre deg is very low so we can be flat out the whole race.

You had a positive race in Spielberg last season…
JP: We started on the penultimate row last year but I managed to work my way up to twelfth, beating my team-mate. I was quite happy with the race, we just needed a little bit of extra luck and I think we could have been in the points. It is a circuit I enjoy having raced there in GP2 in 2014 and then a Free Practice session in 2015. It was definitely one of my strongest races of last season, so it is important to build on the knowledge we have and my confidence at the track and work towards a positive result. We need to change our luck. I hope we can make it all stick heading into the final few rounds before the summer break – beginning here.

How do you reflect on Baku?
JP: There isn’t a lot to say from my weekend, but it was a crazy race to watch! I enjoyed watching it, but I wish I was in it, I think there were some points up for grabs for us. We will make sure we have a better one in Austria, the target is always the same; to bring home some points.

The fast Red Bull Ring places high demands on the brakes and power unit. The 4.318km lap is comprised of high speed and flowing turns interspersed with slow speed corners that require good traction. The track produces the shortest overall lap time of the year, with drivers negotiating it in just under 70secs.