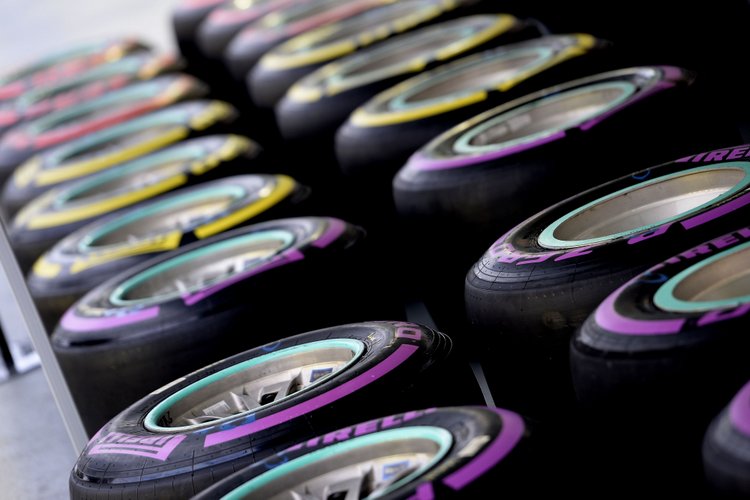 The Red Bull Ring has some characteristics in common with the succession of low-grip circuits that have come immediately before it, with a slippery surface and relatively contained lateral forces.

As opposed to Azerbaijan, Canada and Monaco, it’s an entirely permanent venue: a chopped down version of the mythical Osterreichring. This gives the track an old-school feel, and a lot of it is visible from any vantage point; it’s one of the shortest laps of the year.

The three softest tyres in Pirelli’s Formula 1 range will be used in Austria: P Zero Yellow soft, P Zero Red supersoft and P Zero Purple ultrasoft. These should be well-suited to the rollercoaster Spielberg layout, providing the right compromise between warm-up, performance and durability.

Mario Isola, Head Of Car Racing: “The natural selection for this type of circuit is the three softest compounds in the range. Having said that, we’ve seen in the past that Austria also has the capability to spring a few surprises. When we get there we’ll see if one stops or two are more likely, but it will be important for teams to build some flexibility into the strategies as well. Longitudinal forces – so traction and braking – are the key aspects in Austria, rather than cornering. 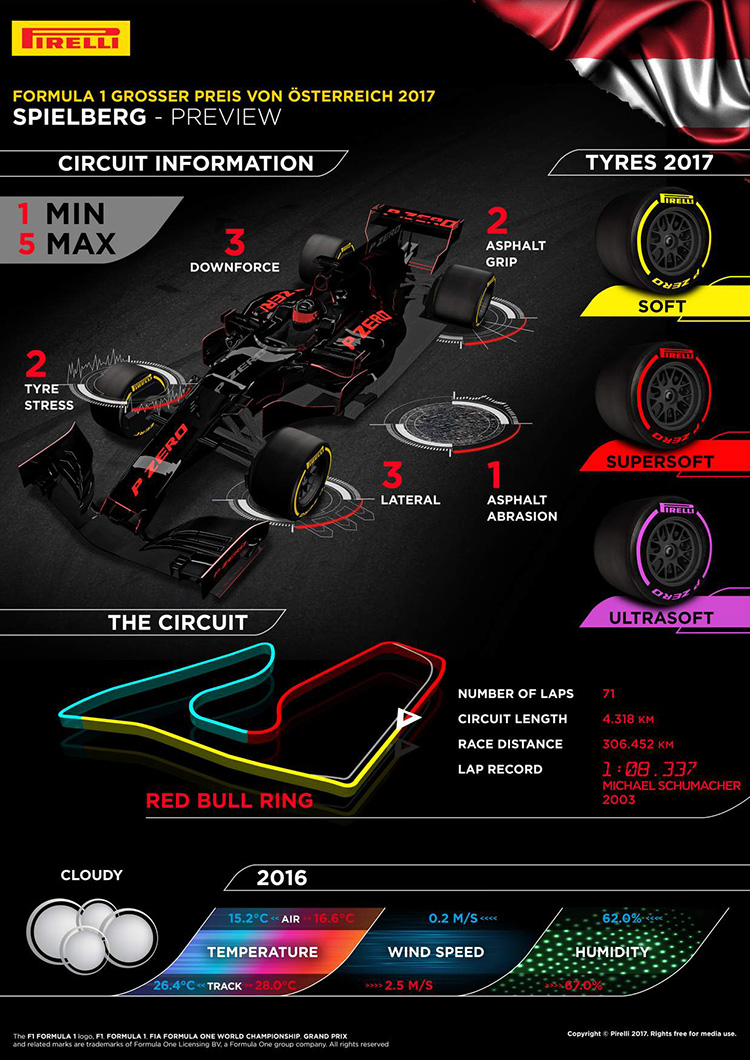