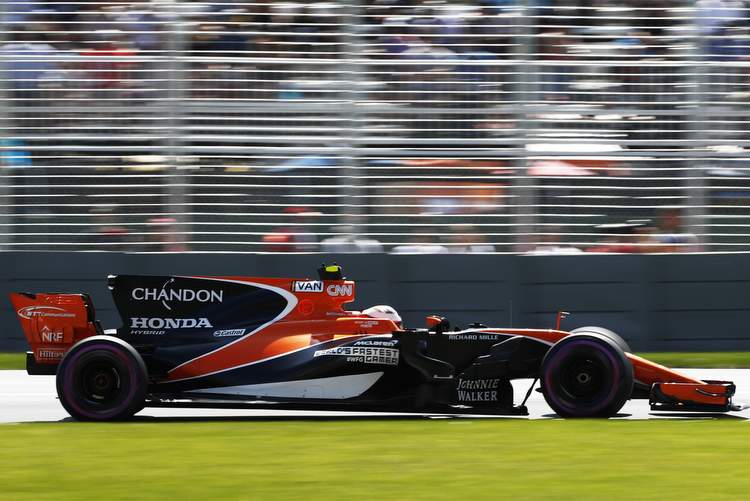 Austria’s association with Formula 1 dates back to 1964, when the country staged its inaugural Austrian Grand Prix at the temporary Zeltweg Airfield circuit. A permanent home for the race was subsequently established at the Osterreichring (1970-’87), which was shortened and re-profiled by Hermann Tilke in the mid-’90s to create the current Red Bull Ring (nee A1 Ring)

Fernando Alonso: “I really enjoyed my race in Baku. Our performance in the race not only showed that the foundations of our car package are strong, but also that our operational team – our mechanics, engineers and strategists – are all racers, poised and waiting to take advantage of any situation. Two points may have been a small consolation after an extremely tough weekend, but, as I said at the time, we’ll take it and use it to drive us forwards.

“And there are reasons to feel more optimistic about our weekend in Austria. It’s a circuit that’s not as dependent on power as some of the recent races, and I think our car will be better suited to the twists and turns of the Spielberg circuit. I think we’ll be able to push hard.

“We’ve also got a couple of useful steps coming on the car, including – hopefully – Honda’s revised Spec Three power unit, which I tried during Friday practice in Azerbaijan. Every step is important, so I’m looking forward to a positive weekend where we can once again get everything out of the car.”

Stoffel Vandoorne:“I’m looking forward to Austria – it’s a great little circuit that usually produces good overtaking, close racing and unexpected results. It should also suit our package a little better than Canada and Baku, where the long straights really don’t play to our strengths.

“Scoring points in the last race was very good for the whole team’s motivation and morale, and I’m hopeful that we’ll be able to make further progress in Austria. We’ve been bringing upgrades to every race, so a problem-free weekend, at a circuit that doesn’t disadvantage us, would really allow us to gain some momentum.

“Of course, we’re still some way off where we want to be, but a respectable result in Austria would really give the team an added boost.”

Eric Boullier, McLaren-Honda Racing Director: “After a couple of flyaway races, it’ll be good to get back to Europe and push on with developing our 2017 package. After the excitement and incident of Azerbaijan, I hope that Austria will once again deliver a thrilling race for Formula 1. The circuit itself seems to produce good, close racing, and its configuration should certainly suit our car better than the high speeds and long straights of both Montreal, Baku and the forthcoming race at Silverstone.

“In fact, we had one of our strongest showings in Austria last year, when Jenson was third in a rain-affected qualifying session, and went on to finish a very competitive sixth. There’s been no let-up in our development push all season, and, while the result in Azerbaijan was nothing to truly celebrate, it was a sign that we are working well and able to capitalise whenever an opportunity presents itself.

“With a number of improvements planned for the Austrian weekend, not least the proposed new Spec Three power unit upgrade from Honda, I’m hopeful that we’ll be in a position to get amid the other midfield runners and take a useful step forwards.”

“It is the track with the shortest lap time on the Formula 1 calendar, and with only nine corners. However, contrary to appearances, it is a demanding track for the drivers with high speed corners and you have to be very careful not to make a single mistake for 71 laps.

“One of the biggest challenges for us is the high altitude. The circuit is around 700m (2,297 ft) above sea level, and the turbo will therefore have to spin at a much higher rate to produce the same amount of power. The efficiency of deployment will also be affected. Our strategy for the energy management will be key for the race.

“At the previous round in Azerbaijan, we were able to bank our first points of the year and I think it brought some brightness into our team. We also tested the updated PU, the Spec Three, with Fernando on Friday and we were able to confirm some progress in terms of the power output. We have proceeded with the mapping back at the factory utilising the data we collected, and we are going to bring the Spec Three for both drivers this weekend.

“I think we have some improvements in our competitiveness and I am looking forward to seeing our performance in Austria.

“We will not stop our preparation until the last minutes, and I hope we have a good race to reflect our progress.”