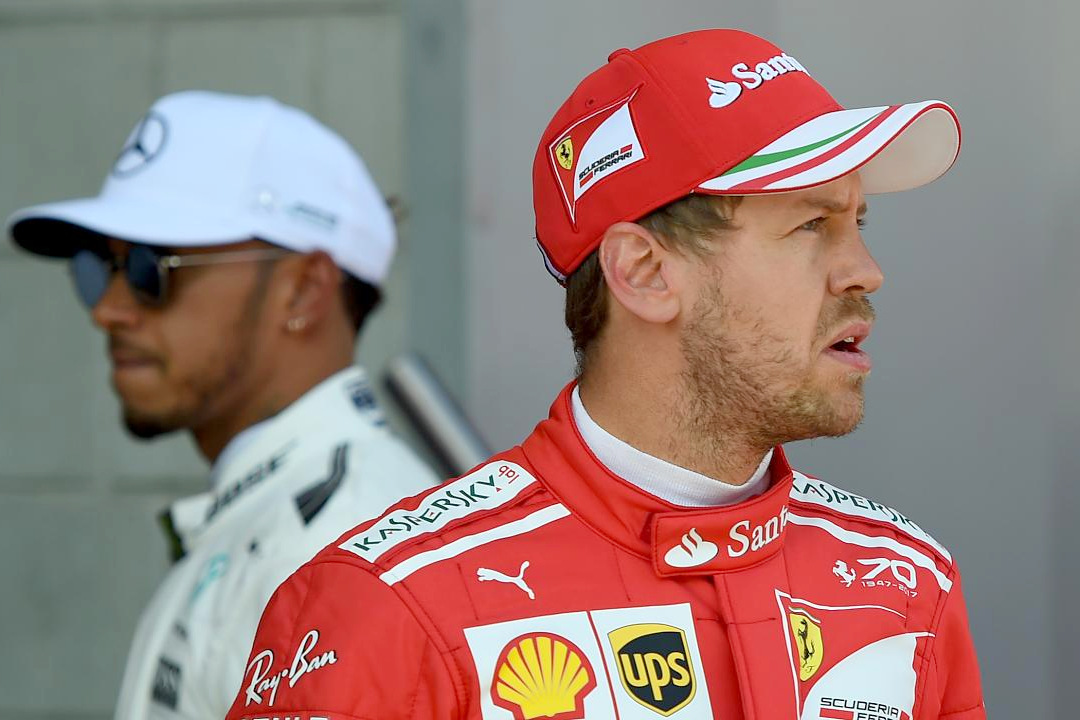 Elements of the Italian media have called for Ferrari to boycott the Austrian Grand Prix if the FIA further penalise him for his antics during the Azerbaijan Grand Prix.

Vettel swerved into Lewis Hamilton during a safety car period, he was slapped with a 10 seconds stop-and-go penalty, as well as three points on his super-license, for his actions on the day and as a result probably cost himself and his Ferrari team victory.

Today, on his 30th birthday, Vettel is in Paris on the request of FIA president Jean Todt. The incident in Baku is on the agenda and now the Formula 1 world awaits the outcome of the tête-à-tête between the pair.

Specualtion is that Todt wants to further penalise Vettel as his antics were in sharp contrast to the governing body’s road safety campaigns and it is feared that the German will be made an example of by the FIA.

Since there is no open process against Vettel, it is difficult to discern with certainty what may happen, and further punishment is in the hands of Todt.

He could leave everything as is it is apart from having a firm word with the four times F1 World Champion. But if Todt decides to impose greater punishment it opens a wide range of options, including anything from a hefty fine, disqualification from Baku race results or ban of Vettel from one or more races.

Should such additional penalties be applied, they will be done so under the official rule book of the FIA and thus the governing body would have to ratify the additional sanction/s to formalise them.

Any further official penalty would be open to appeal by Ferrari and thus the saga could drag on for months.

The main sentiment (outside Britain and one shared by this website) is that what Vettel did was out of line and unacceptable, however he was penalised and served his penalty on the day.

Further punishment would be counter productive and open a can of worms regarding the credibility of the FIA stewards present at each race.

Certain sectors of the Italian media are more militant about the prospect of further penalties, specifically a race ban, which if applied they in turn call for Ferrari to boycott the next race.

Umberto Zapelloni, deputy director of La Gazzetta dello Sport, has led the call for a boycott by Ferrari if Vettel is further castigated.

Spelloni wrote: “Jean Todt believes that the penalty of a stop-and-go plus three points on his license is not enough. Although he will never admit it publicly, he is working in the shadows to make an example of Vettel and Ferrari.”

“A public slap on the wrist, a symbolic penalty, suspended disqualification to be imposed if it happens again would be acceptable. But if the FIA ​​disqualifies Vettel it would be outrageous and absurd. If this happens Ferrari should react by withdrawing the team.”

Vettel was wrong, there’s no doubt about that, but punishing him again would be a serious mistake,” added Zapelloni who feels that the intervention by Todt jeopardises the independence of race stewards.

Zapelloni is not alone among Italian scribes calling for a boycott by Ferrari should further peanlties be imposed on Vettel by the FIA.

Big Question: Should the FIA add to Sebastian’s punishment?