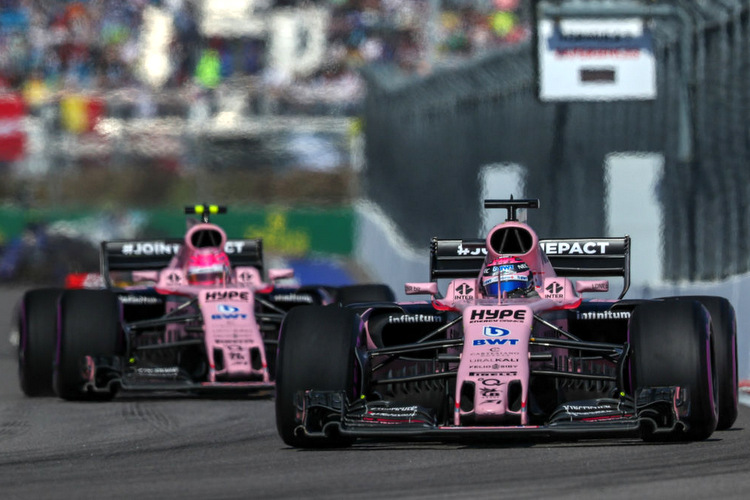 Vijay Mallya: “I can’t remember a Grand Prix creating such a buzz and so many talking points as the race we saw in Baku. We certainly played our part in a dramatic race and it’s still frustrating to ponder what might have been had things played out differently. Since Baku we’ve had some conversations internally and reminded our drivers that the team must always come first. It’s never acceptable for teammates to make contact with each other and it certainly cost us points in Baku.

“However, the events of Azerbaijan won’t change our approach. Our drivers can race freely and I’m sure they have learned some valuable lessons. We’ve given them a competitive car and I know they are mature enough to work together for the good of the team.

“This weekend in Austria will be another opportunity to show the speed of the VJM10 and continue our run of points finishes. We need to keep up our momentum and scoring points consistently to maintain our fourth place in the championship. There is no room for complacency and we will keep pushing and trying to maximise every race.”

Sergio Perez: “I’m still feeling disappointed about the lost opportunity in Baku, but at the same time I’m feeling positive about the performance level we showed. We were fighting at the front and the car was working well. It’s just a shame my race ended early because there was a great chance of finishing on the podium. I think we can be just as competitive in Austria and pick up some good points this weekend.

“The circuit in Austria is in a really beautiful place. You feel like you are racing with nature. When you look at a map of the track it looks like a simple lap, but it’s not as easy as you think. There are lots of elevation changes and some difficult sections. It’s really important to carry the speed through the corners so you don’t lose time down the long straights. The final corner is off-camber so it’s easy to run wide and lose time there.”

Esteban Ocon: “Austria is a track I know much better than the previous ones on which we have raced so far this season. I drove there a lot in the junior categories and I tested for Sahara Force India there in 2015. It’s a great place and the altitude makes it a challenge for the engine and the brakes.

“The circuit doesn’t have many corners, but it’s still difficult to get a perfect lap: in particular, the last two corners are the most enjoyable in the track because they’re quite tricky and even a small mistake can ruin a good lap right at the end. There is no real secret to finding time around the lap; you just have to get the details right and make it stick all weekend.

“The town of Spielberg is very quiet and it’s nice to go there at this busy moment in the season. In general, it’s a very relaxing place to be and there are a lot of opportunities to do sports, enjoy the fresh air and all the country can offer.”

Sahara Force India’s Chief Race Engineer, Tom McCullough, looks at the demands of the Austrian Grand Prix: “Austria is a unique track. It’s built on the side of a steep hill and the elevation changes are significant throughout the lap. It’s one of the shortest circuits on the calendar, only 4.318km long, and it’s usually the quickest lap time of the year. Two of its only nine corners are flat out and this all means the grid can be very tight, with very small gaps between drivers. At 680m above sea level, we operate at lower air density: this results in lower grip due to less downforce and it makes overall cooling harder. Pair it up with the several big brake energy inputs and you get one of the hardest circuits for the brakes. Compared to the last three events, the focus is more on higher speed, grip-limited corners, but you still need good straight-line speed to make the best of the overtaking opportunities. The weather is also an important variable: anything can happen, as we witnessed last year, and this can produce some unpredictable results.”