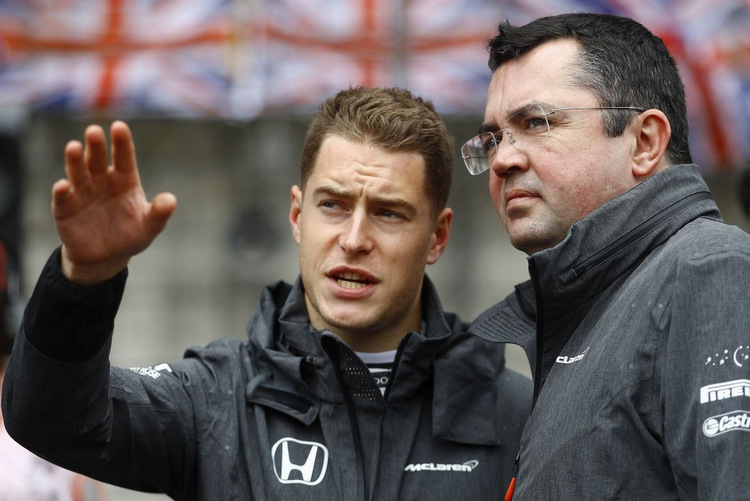 Much was expected from McLaren rookie Stoffel Vandoorne, but his first full season in Formula 1 has been below expectations of his boss Eric Boullier.

The fact that McLaren and Honda are struggling due to a woeful power unit, does Vandoorne no favours. However he has been out-qualified 7-0 by Fernando Alonso, as well as Jenson Button on his one-off race at Monaco, while his race performances have hardly been earth shattering.

When asked by Sky what he thought of Vandoorne’s season to date, Boullier replied, “Not as good as I was expecting. He’s got a pretty high track record in the junior categories. He won everything that he went through like Lewis [Hamilton]. He’s very talented.”

“We didn’t give him 100 percent to do well because he had a lot of issues on his car which was quite regular. But we are now addressing this to help him drive the cars the way we want to be fast. I am confident he will achieve this. All the young drivers, starting from Verstappen, struggle in the first six months,” explained Boullier.

Belgian Vandoorne was champion in F4 Eurocup, Formula Renault 2.0 and GP2 Series but has failed to shine on the big stage.

“When you come from these kinds of categories, it’s the same car for everybody – so you have a driving style you have developed around this car to drive them.”

“Formula 1 is different – every weekend we bring new front wing, new bodywork, new rear wing, new floor, so the car balance is very different. When you have been told during your young career to drive the car one way, in Formula 1 you have to be a bit more flexible and this is only experience.”

“He is learning. The team has to move chassis-wise, set-up wise to go to his natural driving style – because every driver has a natural style – and at the same time he is moving out of that, trying to drive differently,” added Boullier.