McLaren restructure in the wake of Dennis departure 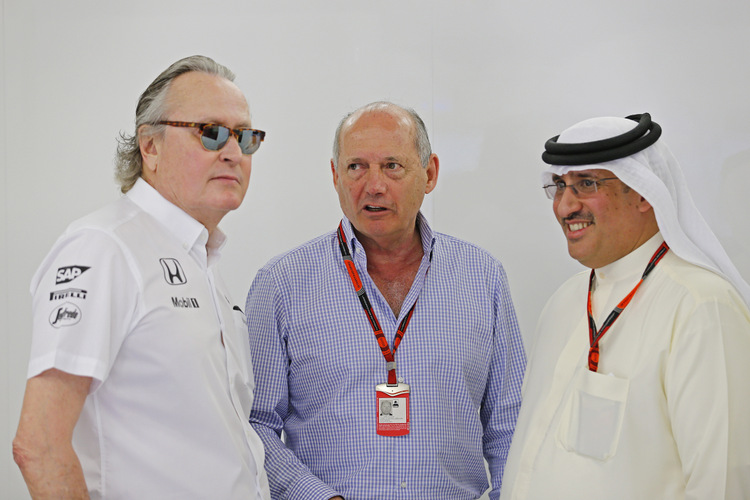 Press Release: McLaren Automotive and the McLaren Technology Group are being brought together under one corporate structure to be called the McLaren Group. The announcement unifies all activities under a single coordinated strategy and brand, allowing the exceptional reputation of each business for technological excellence to be used across the entire Group for the benefit of all its customers, partners and employees.

The TAG Group first invested in McLaren in 1984 and is the longest standing of the McLaren Group’s shareholders. They were joined ten years ago by the Bahrain Mumtalakat Holding Company. Both remain committed to McLaren and excited for its next phase of growth.

Mansour Ojjeh said: “Since I became a major investor in the business 33 years ago, I am exceptionally proud of what each of our extraordinary McLaren businesses have achieved, growing independently and entrepreneurially. Now, as they have reached world-class scale and success, it is the right next step to unify the strategies and brands to create a stronger centre of Luxury Automotive, Racing and Technological excellence.

“In a matter of just seven short years, McLaren Automotive has established itself as one of the world’s leading creators of luxury sports and supercars. Its products are now routinely hailed as best-in-class. Mike Flewitt and his team have done, and are continuing to do a brilliant job, and the company’s recent announcement of a fourth consecutive year of profitability indicates a robust future. The new McLaren 720S, the first car to be launched under its Track22 business plan, is already sold out well into 2018 and there will be a lot more exciting cars where that came from.

“McLaren Racing, part of McLaren Technology Group, is not currently achieving the on-track success in Formula 1 that we know it is capable of, and that it has achieved in the past, but that will change. As motor racing is in our DNA, we exist to win in Formula 1 and be the best in everything we do. Jonathan Neale and Zak Brown, supported by Eric Boullier and the best engineers, mechanics and marketers in Formula 1, are fully engaged in the process of bringing about that turnaround, and it will be great to see McLaren back in the winners’ circle before too long.

“McLaren Applied Technologies continues to go from strength to strength. Partnering with companies that share our visionary determination to innovate, it is becoming profitable as well as pioneering ground-breaking technologies. And its scope for development is exciting. This is an area of our business in which we intend to invest, with a view to achieving consistent growth.”

Shaikh Mohammed bin Essa Al Khalifa said: “McLaren is unique, due to its strong heritage and passion to be best in everything it does, but also because no other company in the world can claim a corporate structure that comprises automotive, motorsport and applied technologies. It’s clear that as one Group, each of those three pillars of our business will support and enhance the other two.

“Together they will embark on what I firmly believe to be a new and even more successful era in the McLaren brand’s dynamic and fascinating 54-year history.”

The announcement follows the decision of Ron Dennis CBE to step down as the Chairman of McLaren Automotive and McLaren Technology Group reaching agreement with his fellow shareholders to sell his shareholdings in both companies. McLaren Group has secured long-term financing to acquire these plus stimulate growth in its wider businesses and consolidate its financial arrangements.

J.P. Morgan is acting as financial adviser to the McLaren Group and will be leading a debt capital markets financing for the transaction.