Inside Line: Let’s get this Silly Season started 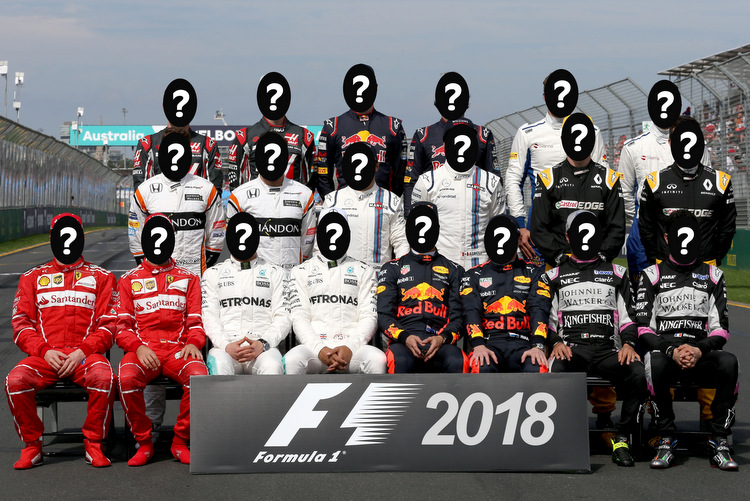 As we approach the halfway mark of the 2017 Formula 1 World Championship, the Silly Season is worth taking a look at because there are some big uncertainties regarding who will drive what next year.

Here is a summary of the driver situation within each team, as well as speculative options – as incredible as they may be – sourced from the whispers and shout-outs in the paddock.

Despite noises about retirement, Lewis Hamilton will remain with the Silver Arrows outfit. There is simply no better team on the grid and although the Briton plays down his ambitions we all know he wants more titles.
Verdict: Likely to stay.

On the other side of the garage much is being made about Valtteri Bottas and the uncertainty of his one year contract. It would be incomprehensible if Mercedes did not extend the Finn’s deal, even if it’s for another year. He has ticked all the boxes as far as I am concerned.
Vercdict: Likely to stay.

Of course the World Champion team have two of the most desired cockpits in motorsport and inevitably specualtion is always rife, particularly since Nico Rsberg departed so suddenly and the one year deal struck with Bottas..

The situation with Sebastian Vettel is tricky at the moment. He did himself no favours in Baku. Last year he was told by his team to calm down and toe-the-line. He did for the first seven races, but the latest tantrum must have raised some eyebrows at Maranello.
Verdict: Likely to stay.

The question of Kimi Raikkonen’s retire,emt has rolled on ever since he made his comeback and simply won’t go away. The popular Finn is way past his peak, but has assumed and accepted his role as the number two driver in the team.
Verdict: Likely to stay but a huge queue of drivers are coveting his race seat.

If the team’s senior management is to be believed both their drivers are locked solid into contracts that will see them with the team at least until the end of 2018.

Daniel Ricciardo has been a good find for them and he delivers when all around do not. For the Aussie leaving the team would only make sense if Mercedes or Ferrari come calling. Word is he has a verbal agreement with Maranello to join them if Vettel decides to depart.
Verdict: Likely to stay.

Verstappen is the hottest property in Formula 1 and Red Bull know this. Of course they want to hod on to the precocious youngster, but if he is unwilling then asale to the highest bidder would be an option. It would be a hefty sum but nothing that would scare off Ferrari or Mercedes if they seriously wanted the Dutchman.
Verdict: He will go to Ferrari

Sergio Perez was a Ferrari development driver in his early years and indeed looked set for a Ferrari drive after his Sauber years, but he got greedy and jumped ship to McLaren. That lasted a season and since then he has built his reputation at Force India. Many feel he is ready for a move to Maranello.
Verdict: If no Ferrari deal he will stay.

Esteban Ocon is with the Silverstone based team thanks to Mercedes backing, who clearly have big plans for the talented young Frenchman. But it would be wise to keep him at Force India for at least another year as they shine the rough diamond.
Verdict: Likely to stay.

If Ocon departs Wehrlein to replace him even though he was overlooked last year.

Felipe Massa ‘quit’ last year but returned to fill the cockpit vacated by Mercedes bound Valtteri Bottas. He has done a good job for the team, guiding Lance Stroll and doing a good job on track. He wants to stay at least another year.
Verdict: Likely to stay if Willimas don’t opt for an available big name….

Lance Stroll came of age at the Azerbaijan Grand Prix, scoring his first top three finish after a mature drive. Many of his rivals have toiled away for years and never had the privilege of celebrating on the podium. Nico Hulkenberg springs to mind. Stroll has the funding which Williams craves and delivering now entrenches him in the team.
Verdict: He will stay.

The ethos of the junior Red Bull team was to develop young drivers for eventual promotion to the top tier energy drinks team. It worked with Sebastian Vettel, Daniel Ricciardo and Max Verstappen, but failed with a host of others.

No Toro Rosso driver has spent more than three full seasons with the team. Thus one could surmise that both their current drivers will be elsewhere in 2018, however only Pierre Gasly in their junior programme is near ready for promotion to Formula 1.

Carlos Sainz is itching for a step up (or away) from Toro Rosso, but his paymasters are adamant that he is going nowhere. But again a big cheque might loosen the stranglehold on the Spaniard whose entourage (including rally legend Carlos Sainz) would not be missed in the pit garage.
Verdict: He will depart the team if a better offer comes along or break the three year tradition and stay.

The case of Daniil Kvyat is a curious one as there is no good reason for the Russian to be in the team after his demotion from the senior team. Obviously he has some powerful freinds in high places within the energy drinks organisation that keep giving him a lifeline. Another year at Toro Rosso would be a waste as he appears at a dead end in F1.
Verdict: He will depart.

The team constantly tell us that they are in the rebuilding process, but let’s be honest Rome was built faster. Hiring Nico Hulkenberg was a step in the right direction, but he is currently a one man show for them and needs help.
Verdict: He will stay.

As it stands Jolyon Palmer is unlikely to be in Formula 1 next year and by all accounts is still at Renault apparently because of a deal his father struck with the team a couple of years ago which they are honouring. Bad luck has not helped his cause, but in truth he has not impressed.
Verdict: He will depart.

Romain Grosjean gets more and more miserable at Haas and the brake issue is a big bone of contention, and he is becoming increasingly vocal and beligerent about it. Haas management will tire of his constant rants. What was a happy union last year is turning sour with each race.
Verdict: He will depart to join Renault or shut up and deliver to stay with Haas, if they wish to keep him.

Kevin Magnussen is the opposite to Grosjean in his approach to racing. he too has problems with the brakes but keeps a lid on it. He is enjoying a good first year with the team, and is a calming influence amid the tantrums in the pit bay next to him. Word is he has a two year deal with the American team.
Verdict: He will stay.

Amid the well documented turmoil McLaren are hardly a team that any top driver will aspire to and it is no surprise that Fernando Alonso is doing all in his power to engineer a move away from the beleagured. His desperation so intense that he has appointed the serial villain Flavio Briatore and the has been Bernie Ecclestone to lobby for him.
Verdict: He will leave the team.

Stoffel Vandoorne set the F1 scene alight last year with an impressive one-off debut at the Bahrain Grand Prix. Much was expceted of him this year, but he has simply not delivered. It is unfair to judge the young man who is sent to to a gun-fight with a knife every race weekend. He deserves another year with a better car (if mcLaren will ever have one again) before he is tossed on to the scrap heap of F1 drivers.
Verdict: Likely to stay

The Swiss team is in the state of revolution with Monisha Kaltenborn out the door and “a know it all but not been to many Formula 1 races” has taken her place. A switch to Honda power apparently provides the team with a financial windfall, perhaps at the cost of running at GP2 power levels. Time will tell how this episode ends.

Marcus Ericsson is reportedly the blue eyed boy of the team’s new investors. Althiugh he has no business in F1 if his performances up until now are anything to go by, money and the right connections do him no harm.
Verdict: He will stay

There is no doubt that Pascal Wehrlein is better than his current teammate, but it is also well known that Mercedes backed German does not rate highly on the charm stakes. After all Force India chose Ocon above him. But the Merc backing is likely to keep him in F1 next year, and the Ferrari powered Sauber option was a quick fix in the wake of Nico Rosberg’s departure and the musical chairs that ensued thereafter.
Verdict: Will leave the team for a Mercedes powered outfit