Marko: A victory is a victory 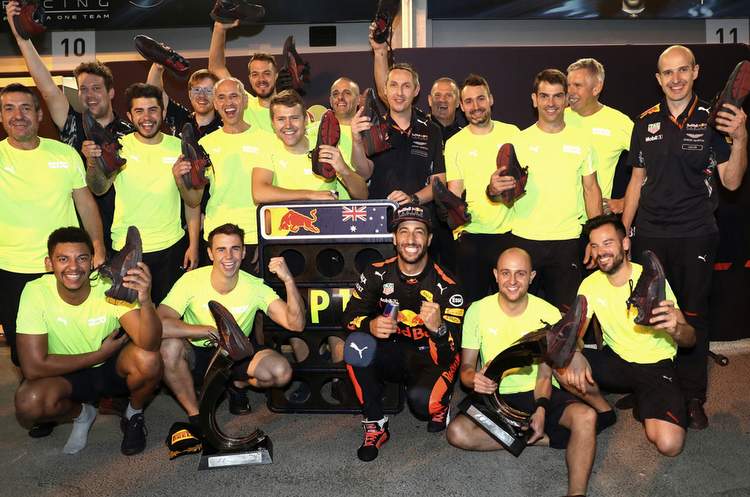 Red Bull consultant Helmut Marko has sympathy for the hard luck patch plaguing Max Verstappen, but at the same time welcomes the timely boost the team received with Daniel Ricciardo’s victory at the Azerbaijan Grand Prix.

Speaking to Auto Motor und Sport, Marko said, “A victory is a victory and that prevails. The time for Max will come. He just has to be patient. Four failures in eight races is tough, and seeing his teammate win makes it even tougher.”

The victory was the team’s first of this season which has thus far been dominated by Ferrari and Mercedes, and he acknowledges the value of the triumph in Baku, “[It’s] extremely important after the bad start to the season. The speed is now coming, slowly.”

“This was shown during qualifying, although we cannot turn the engines up like Mercedes and Ferrari. We are on the right on track. We expect a lot for Silverstone and Budapest.”

“In Baku we ran the smallest wing setting and we were still strong in the corners. With the chassis we have made a real step forward and since the beginning of the season found one second. But Renault has also made significant progress. Just two tenths alone on the straight does not sound much, but you can see the difference.”

Lewis Hamilton and Sebastian Vettel have spearheaded their respective teams’ championship challenge so far this year, Marko believes that the title contenders are still out of reach at this point, but that Red Bull have the pace to match Valtteri Bottas and Kimi Raikkonen in the sister cars.

“We are already at the same level of their number two cars. With Hamilton and Vettel we are down about three to four tenths in normal mode. If they turn the power up, it’s still a bit more. But we are moving in the right direction.”

Marko also points to a series of incidents, out of the team’s control, that have done them no favours.

He summed up the misfortunes that have afflicted the team in the eight races run so far, “An accident in Spain caused by Bottas. The battery in Canada and the engine damage in Baku, the brakes in Bahrain.”

“The engine damage in Baku was probably triggered because the engine overheated. After three laps the temperatures went up. Also there were carbon parts, which blocked the radiators. Then the oil pressure collapsed,” added Marko.

Red Bull are third in the championship standings, with little threat from being usurped from behind by any team. But the focus is on winning more races and have their drivers in play to crash the Ferrari-Mercedes party.

Big Question: Can Red Bull close the gap to Mercedes and Ferrari?