Inside Line: What happened in Baku should stay in Baku 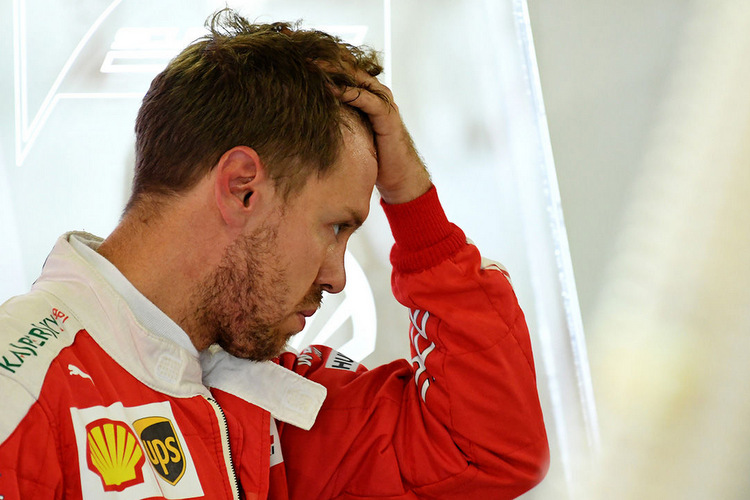 The ‘road rage’ incident during the Azerbaijan Grand Prix, involving Sebastian Vettel and Lewis Hamilton, has gone viral and split the opinions of F1 fans, igniting heated debates and now it appears that the FIA boss Jean Todt wants to have a say too.

On the day, Vettel was slapped with a 10 seconds stop-and-go penalty for his rush of blood to the head. It would be fair to say that is what he deserved and honestly the FIA’s intention to re-visit the matter on an official level is simply not warranted.

Some elements of the British media are calling for a one-race ban for the Ferrari driver, which smacks of tribalism and would be absurd.

The facts are: Vettel over-reacted to Hamilton’s provocation. Irrespective of what the telemetry says, the Mercedes driver is culpable of gamesmanship ahead of the restart that led to Vettel pranging into the back of him.

What Hamilton pulled out of his bag of tricks, and well within his rights, was a subtle brake test and probably the oldest trick in karting where rolling starts are the norm.

That Vettel fell for it, caught totally unaware, is mystifying. At that point (if not substantially earlier) he should have been on high alert for such a move, anticipated it like any good karter does and perhaps even taken advantage of it. As he said afterwards Hamilton has done it before.

But siding up to the silver car and then swerving into it, irrespective of the speed, was a rush of blood to the head that simply cannot be condoned. Had he let it go he would be the good guy today and Hamilton the culprit.

The race stewards took their time to investigate the incident. From their perspective they could have black flagged the Ferrari driver, but instead they deemed that the ten seconds penalty they eventually meted out was enough. Full stop.

The penalty cost Vettel the race and that alone is punishment enough in this tightest of title battles. A fact that will not have escaped his paymasters at Maranello who last year warned him about his temperament.

I doubt they will be amused by the latest indiscretion of their star driver.

Todt is a big advocate of responsible driving on public roads, and we applaud him for this, but on a race track among the best drivers in the world the whole safe driving thing simply does not go hand-in-hand.

Here are guys racing as hard and fast as they can, risking life and limb while employing every trick in the book to be first – how does that correlate to safe driving. It’s absurd. Formula 1 should have permanent cpation on screen saying: Do not try this is you car.

It would be laughable if the FIA used that as an excuse to further discipline Vettel.

For sure Todt should have a chat with the four times F1 world champion and point out the error of his ways. Maybe slap him with a fine for good measure.

But a race ban or docking points would destroy this finely poised championship, with the stage set for more epic contests. I for one cannot wait for the Austrian Grand Prix – wish it was this weekend!

The gloves are off now and so be it. This one is going to get even juicier as the season evolves, so bring it on and don’t throw water on the coals as they are starting to get hot. We want the heat. This is good for the sport because everyone is chatting non-stop about the incident.

Todt should leave the penalties as they were dished out on the day and not undermine the FIA appointed stewards by over-ruling them, which would open a massive can of worms and undermine their credibility forever.

What happened in Baku should stay in Baku. Let’s move on.

Big Question: Should the FIA impose more penalties on Seb?