Button: Vettel was silly but has been punished. Move on 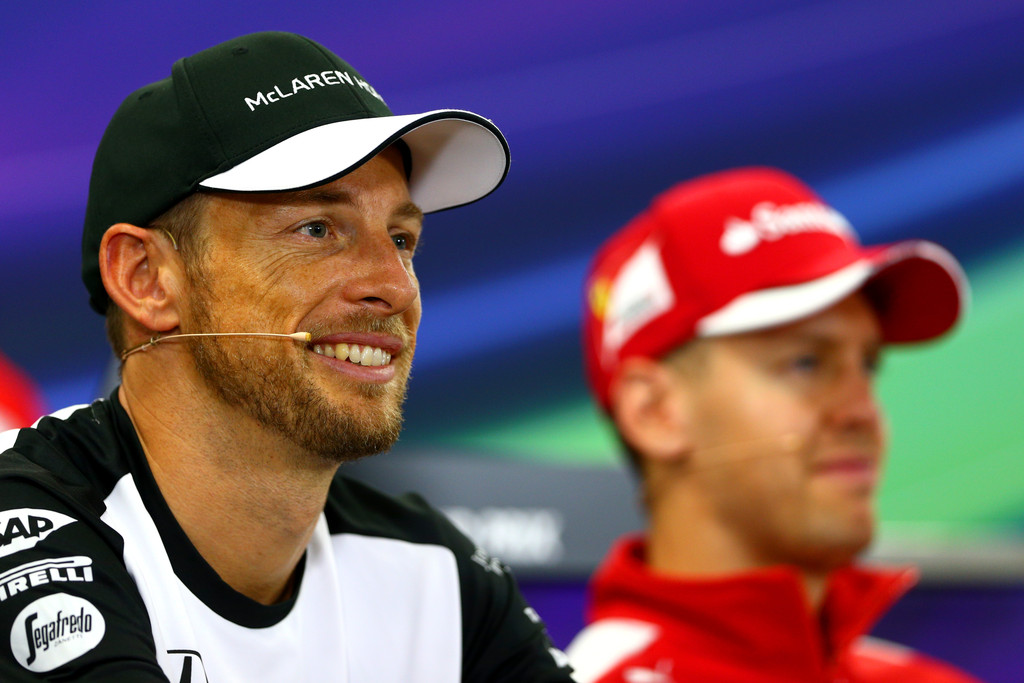 Ferrari’s Sebastian Vettel has been punished enough for driving into title rival Lewis Hamilton in Azerbaijan last Sunday and Formula One should move on, according to 2009 world champion Jenson Button.

The governing International Automobile Federation (FIA) has said it will re-examine the incident on Monday and could take further action ahead of next week’s Austrian Grand Prix.

“Azerbaijan GP was a pleasure to watch,” Button said on Twitter on Thursday. “Why? because adrenaline and emotions were high. What Vettel did was silly but he’s been punished. Move on.”

The German, who leads Mercedes driver Hamilton in the championship by 14 points, was handed a 10 second stop and go penalty during the race for what many saw as an act of “road rage”.

“I don’t think you can class it as road rage when it’s not on the road,” Button added. “You can’t compare racing with driving on the road as racing wouldn’t exist.”

Vettel hit the back of Hamilton’s Mercedes while they were under safety car conditions and then gesticulated angrily before pulling alongside and banging wheels.

Some commentators have suggested the four times world champion should have been shown a black flag, signalling disqualification, for an act of dangerous driving.

Instead, Vettel finished fourth with Hamilton fifth after a loose headrest cost the Briton victory after leading from pole position.

Button, who was a director of the Grand Prix Drivers Association (GPDA) with Vettel before leaving Formula One at the end of last year, said a 10 second stop and go penalty was effectively 30 seconds with time lost at the pit entry and exit.

The 37-year-old former McLaren driver, who made a one-off comeback in Monaco last month as a replacement for Spaniard Fernando Alonso, added that everyone now knew that such a penalty meant “race game over”.