Alonso to Ferrari? Hype or a possibility? 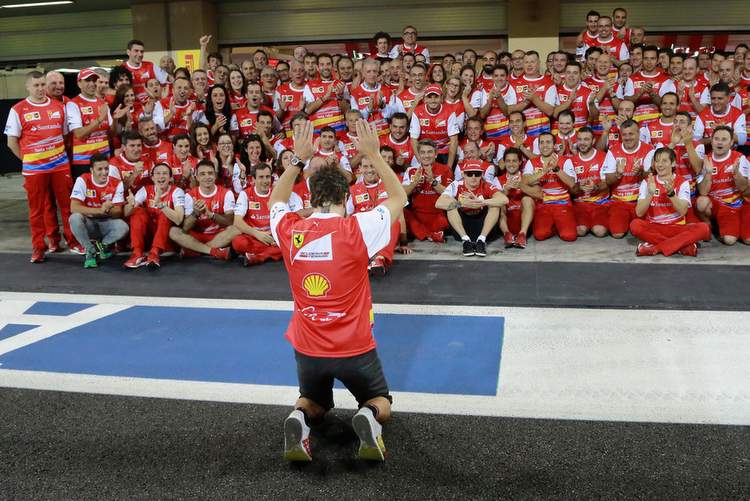 A silly season lobby to have Fernando Alonso back at Ferrari has emerged led by  Flavio Briatore, and backed by Bernie Ecclestone, calling for the Italian team to consider signing the Spaniard to partner Sebastian Vettel from 2018 and beyond.

Speaking during an interview with Italian broadcaster RAI, Briatore said, “Alonso to Ferrari? In life you should not rule anything out.”

“When he was there he got on well with everyone, he only had problems only with [Marco] Mattiacci. In Formula 1 today there are only two competitive teams, two teams capable of winning, Ferrari and Mercedes.”

Mattiacci was at the helm at Ferrari in 2014 when a deal was struck to have Sebastian Vettel replace Alonso at Maranello for the next season, at the time the Italian team boss said they sought a driver with “utmost motivation and commitment” for the team.

Since then Alonso joined McLaren with the prospect of Honda returning the team to greatness. Their partnership in the eighties was one of the most successful in the sport’s history.

However, three years down the road and the partnership is in crisis as the team languishes at the back of the frid with no end in sight to their woes.

Alonso, who turns 36 in July, is expected to depart McLaren-Honda at the send of this season, as the partnership struggle to be competitive and in fact the engine supplier seems to be lost for solutions to sort out their embarrassing power unit.

The thing is so bad that during the Azerbaijan Grand Prix weekend Alonso pointed out that while he and teammate Stoffel Vandoorne were  on a flying lap, rival drivers thought they were on a warm up lap so slow was their car.

Briatore continued, “McLaren can be a top team only if he changes engines. Red Bull or Force India can have impressive races like in Baku.”

“Alonso is a bit like [Ayrton] Senna, he has had no problems with any team. Just give him a winning car,” added the Italian who disgraced himself as Renault team principal when he was found have cheated at the 2008 Singapore Grand Prix. Report here>>>

Despite this, Briatore has remained a confidante and advisor to Alonso and has clear been drafted in to assist the Spaniard in what is a time of crisis for his career in Formula 1.

Deposed F1 supremo Bernie Ecclestone has added his sixpence to this latest episode of the silly season, backing his mate and occasional business partner Briatore in a call for Ferrari to consider Alonso to replace Kimi Raikkonen.

According to GMM, Ecclestone was asked by ABC newspaper who should drive for Ferrari, to which the octogenarian replied, “Alonso, of course. He is one of the best F1 drivers of all time.”

Alonso drove for Ferrari from 2010 to 2015 and at the time of his signing things looked promising as he won his first grand prix with the team. He went on to complete 95 races in Red, winning 11 times, but never won the F1 world championship during his tenure there.

For 2018, other teams supposedly realistically considering Alonso’s services are Renault and now Williams. Mercedes and Red Bull, by their own admission, are not interested in the Spaniard. A move to Indycar racing is also a possibility if all else fails.

Meanwhile, sources close to Ferrari are adamant that the team are not considering Alonso, suggesting that Briatore’s motives are to stir the pot and create demand for the driver he guides. D-Day for a new deal is fast approaching thus stirring the pot, while recruiting Ecclestone to make similar noises.

The same sources suggest that Ferrari have a verbal agreement with Daniel Ricciardo to replace Vettel should the German decide to quit the team.

Big Question: Why are Flav and Bernie lobbying to have Fernando at Ferrari?