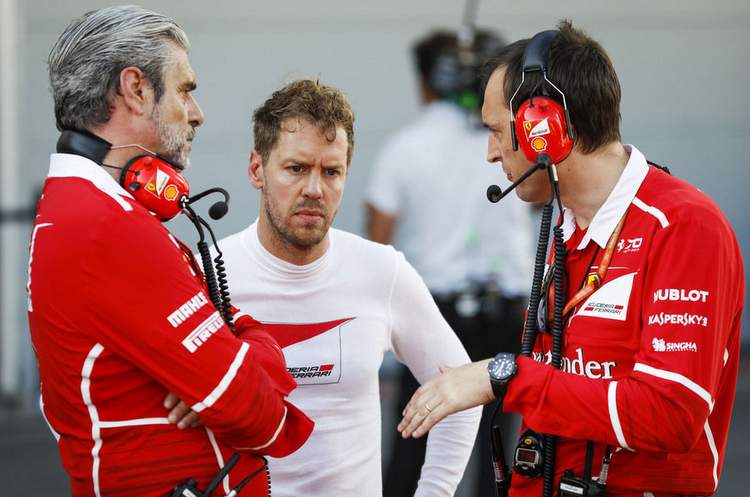 The Azerbaijan Grand Prix produced the incident packed and chaos packed race that many were predicting, with the biggest headlines going to the bitter clash between title rivals Lewis Hamilton and Sebastian Vettel and sets the stage for what will be a thrilling season and ignites a rivalry that is sure to become part of the legend of the sport.

Street smart met road rage on the day, much has been and will continue to be written about the incident and invariably there will be divisions of opinion.

Few know the real Vettel as does Christian Horner who was his boss for several years at Red Bull, he told reporters, “He’s obviously had momentarily, a tourette’s moment. Emotions are running high, they’re fighting for a world championship. I think it’s an immense bit of rivalry between the two of them for the rest of the season.”

“It looked like Sebastian obviously felt that Lewis brake-tested him and then it just looked like a red-mist moment, where he’s lost it and taken a swipe at him, which was only ever going to result in a penalty. But it’s heat of the moment stuff. A penalty was inevitable after that,” added Horner.

More comments were forthcoming in the aftermath of the race:

Daniel Ricciardo: “Seb probably sometimes doesn’t think before he acts. It’s probably driven through passion and hunger. He’s kind of just got to put a lid on it sometimes. I respect Seb a lot for his grit and his love for the sport, which turns into a lot of passion and sometimes aggression. I respect and like that about him. But today you have seen… whether it’s over the radio, sometimes he will just go crazy. It is probably – what’s the word? – spur of the moment? There’s a better word.”

Jacques Villeneuve: “They’re going 10mph, who cares? Of course it was ugly, but ultimately Lewis brake-tested him. I’m a driver, I’ve been there. Whenever a driver did that to me, then I would do whatever Seb did. He got a penalty, the biggest he could get I guess according to the new rules. I don’t think he was trying to hit him, He had one hand on the wheel and was looking at him and pointing the finger. You don’t hit with your wheels turned like that, you will break your own car, and with one hand – if you’re going to hit someone, you have two hands on the wheel! In a way I am happy to see that drivers have emotions. It’s good, it’s fun. We have the two guys fighting for the championship, getting angry with each other, and ultimately no damage was done. What’s the big issue? It’s great TV, it’s good to see that they’re on it. Much nicer than Lewis asking Bottas to slow Vettel down. That was embarrassing.”

Damon Hill: “If you were to do that on a public road you would get arrested. That was a petulant move and something a four-time world champion should be able to control. It was a rush of blood to the head. I think there’s been a big misunderstanding and they should all go and say sorry, apologise and move on, but that’s not going to happen. Only a few races ago Lewis was saying it’s great racing against a great driver like Sebastian Vettel and they were all respectful. Now it’s gone slightly pear-shaped.”

Martin Brundle: “Vettel was angry and effectively thumped Hamilton with an F1 car. It’s an extraordinary thing to do, to risk it like that. The chances of breaking the front suspension are quite high. That’s a fearsome temper he is showing. I think the Stewards got it right; I wouldn’t have disqualified him or banned him from the next race unless he took Hamilton out of Baku.”

Eddie Jordan: “It’s the equivalent of a massive headbutt in soccer. With the penalty points he received after the race, the stewards clearly had footage that the driver turned into Hamilton. This is never acceptable, whatever happened prior to that. You can never take the law into your own hands, certainly not in sport.”

Helmut Marko: “Hamilton brake tested Vettel who became angry and extracted revenge. He was provoked and he retaliated . Both have been punished. Mercedes with the neck support not attached properly. That was justice balancing things out.”

Toto Wolff: “I can’t almost imagine [Vettel] would shunt him on purpose. I would like to speak to him personally rather than making a judgement. If a driver does that on purpose and in anger then you have to think about the size of the penalty. He is a four-time world champion and we are is setting examples in Formula 1 about what is allowed and what is not. Lewis didn’t do anything wrong, we have seen that on the data. He is absolutely fine.” More from Wolff here>>>

Niki Lauda: “[Vettel] freaked out in himself. “When you hit somebody up the arse it is your fault. No question. But then to drive next to him and hit him on purpose, I have never seen anything like this. To do that I don’t understand. Vettel is a decent guy normally. This I don’t understand. He is crazy. Lewis will hit him one day. Not with the car but with his fist.” More from Lauda here>>>

Maurizio Arrivabene: “Lauda can say whatever he wants. Sometimes he speaks for himself, sometimes he even talks to us. But as I said before, we are silent. We work and we let Lauda talk. He has his points of view, us our and we’ll see you in Austria. He will continue to speak, we will continue to listen to it. Perfect. There are still 12 races to go.”