No blame game at Mercedes after headrest failure 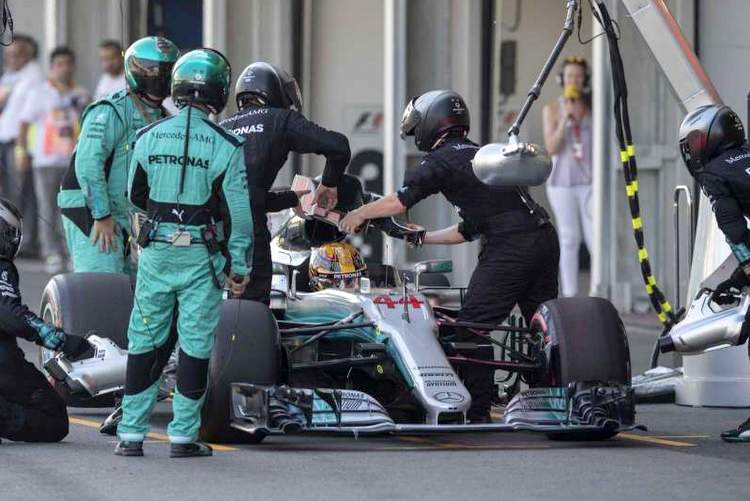 Formula 1 world champions Mercedes refused to play the blame game on Monday as they sought answers for a headrest failure that cost Lewis Hamilton a victory in Azerbaijan.

The triple champion was comfortably leading an already eventful race when the headrest material worked loose, forcing him to pit for safety reasons and dropping him out of the podium places.

Azerbaijan was the only round of the current calendar that the Briton, who finished fifth, had yet to win and the setback left him 14 points behind Ferrari’s championship leader Sebastian Vettel.

Without the headrest working loose, Hamilton would have been leading the championship after Vettel finished fourth following a penalty for banging wheels with his rival while following the safety car.

Team boss Toto Wolff emphasised on Sunday that the team would not blame anybody for the error.

“This team has won three world championships and I will not point the finger at a single person,” the Austrian told reporters.

The team said in a column on their website on Monday that “things will always go wrong, it’s the culture of fixing them that matters.

“Today the process of doing that will begin back in Brackley. We will analyse the headrest design to see what improvements can be made — and our procedures to ensure they are robust enough in future.

“Calmly, working with facts rather than conjecture, we will put the finger in the wound… we will draw the right conclusions and improve.”

Mercedes recognised that the controversy thrown up by the clash between Vettel and Hamilton, which made headlines around the world and was the major talking point of the morning after, was good box office.

The team added, however, that the weekend had also shown that the engineers were getting to grips with a car described as a ‘diva’ by Wolff after a bad Monaco weekend.

“During the time when yesterday’s grand prix was still about deliberately driving around things, rather than into them, the W08 (car) did a pretty handy job of it in the hands of both Valtteri (Bottas) and Lewis,” the column added.